Mujuru talking to Tsvangirai not Mugabe 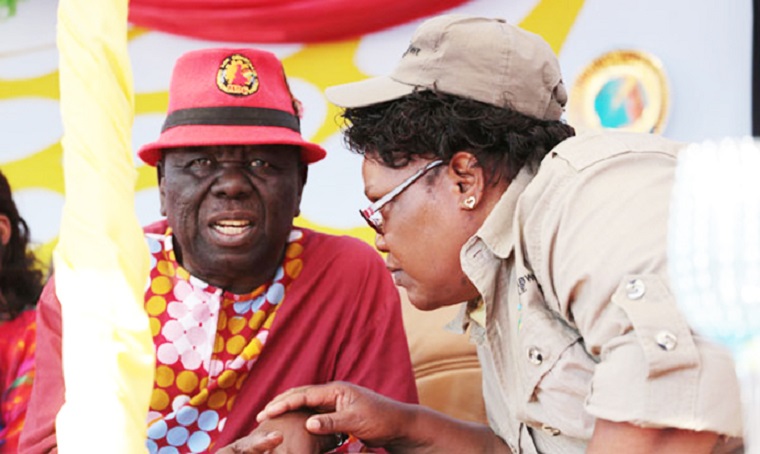 National People’s Party leader Joice Mujuru has denied reports that she has entered into a pact with former President Robert Mugabe and the G40 fronted National Patriotic Front but is reported instead to resuscitate talks with ailing Movement for Democratic Change leader Morgan Tsvangirai.

Reports about Mujuru entering into a deal with Mugabe followed her meeting with the firmer president at his home in Borrowdale at his invitation.

“There is just no way we are working or going to work with Mugabe or this NPF,” People’s Rainbow Coalition chair Samuel Sipepa Nkomo told Newsday.

“Mujuru went there in her personal capacity, not representing the PRC. The fact that she went to meet Mugabe does not mean that there is some grain of truth that we are therefore working with the Mugabes or planning to work with the Mugabes,” he said.

Mujuru is also leader of the coalition which is likely to field her as their presidential candidate in the coming elections.

The PRC is a coalition of the NPP, the Lucia Matibenga faction of the People Democratic Party, Zimbabweans United for Democracy led by Farai Mbira and the Democratic Assembly for Reform and Empowerment whose leader is Gilbert Dzikiti.

Newsday reported that key negotiators for Morgan Tsvangirai’s MDC Alliance and the PRC are expected to meet in Cape Town, South Africa, tomorrow to discuss the formation of an opposition platform to contest President Emmerson Mnangagwa and his Zimbabwe African National Union-Patriotic Front in elections due in July or August.

It said the meeting was organized in the form of a workshop being sponsored by several organisations including In Transformation Initiative, International IDEA, Trust Africa and the Zimbabwe Co-ordination Group, IRI, Osisa and HSF.