Mujuru refuses to condemn Grace Mugabe for allegedly bashing a... 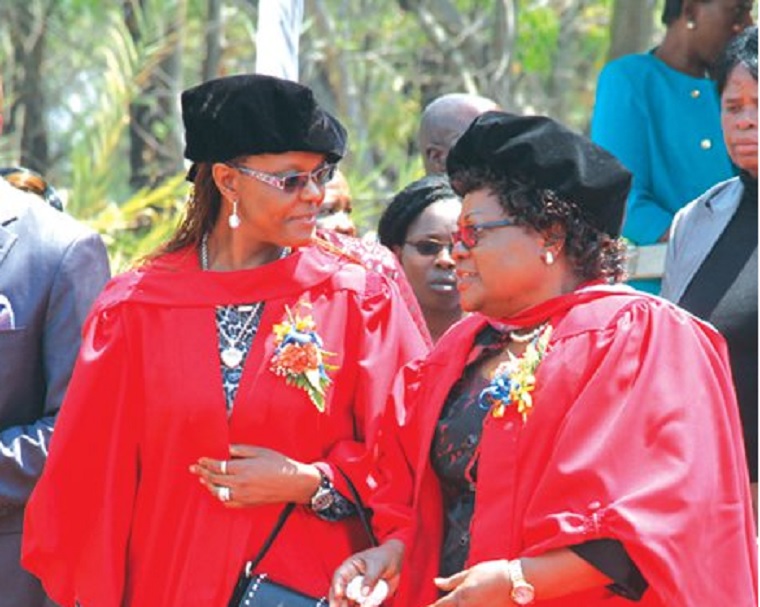 National People’s Party leader and former Vice-President Joice Mujuru has refused to condemn the woman who spearheaded the campaign to kick her out of the Zimbabwe African National Union-Patriotic Front, Grace Mugabe, for allegedly bashing a 20-year-old South African model saying any mother would have done that.

Mujuru is quoted by an online publication as saying that as a mother and grandmother who has children and grand children who are also in the same age with Grace Mugabe’s children she cannot speak on the matter as her own may also do the same and she reacts the same.

Zimbabwe’s First Lady allegedly assaulted Gabriella Engels with an extension cord in a Johannesburg hotel after she found her and other girls with her two sons.

Grace Mugabe had to be granted diplomatic immunity to leave South Africa after police, senior South African politicians and civil rights groups said she should be arrested and prosecuted.

A human rights organisation, Afriforum, is now representing Engels and has applied to the High Court challenging the granting of immunity to Grace Mugabe.

Afriforum also says it will institute private prosecution of Zimbabwe’s First Lady if the State refuses to do so.

In Zimbabwe former Member of Parliament Munyaradzi Kereke was jailed for 10 years through private prosecution for rape after the State had refused to handle his case.