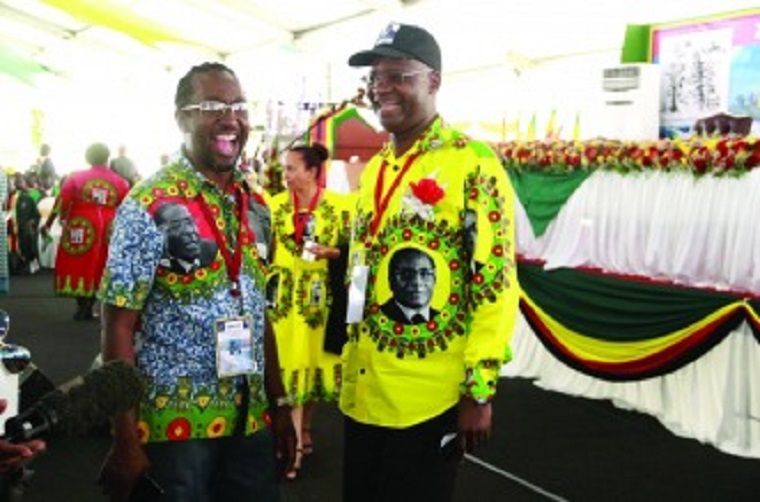 President Robert Mugabe’s nephew, Patrick Zhuwao, who is now in exile, possibly in South Africa, is circulating a document calling for the formation of a new political party, the National Political Front.

According to NewZimbabwe.Com which has giving Zhuwao space and has been accused by the State media of being a front for G40, a faction within the Zimbabwe African National Union-Patriotic Front  that wanted to oust Emmerson Mnangagwa from the party and the government and replace him with Mugabe’s wife, Zhuwao is circulating an 11-page document outlining the aims and objectives of the NPF.

The document clearly states that the NPF currently has no leader and is planning to set up an 11-member interim national steering committee.

The document which minces no words that this is a G40 project, because youths constitute the majority of the people in Zimbabwe, justifies the formation of the NPF because: “There’s a need for a fresh movement that resonates and is in sync not only with the aspirations of the constituencies outlined above but also with the ethos and values of a truly New Zimbabwe.

“In our considered view, based on broad based consultations, that fresh movement is embodied in the NEW PATRIOTIC FRONT based on and driven by a new nationalism, a new patriotism and a new policy program that honours and respects the founders, values and gains of Zimbabwe’s liberation struggle while also embracing generational renewal against the backdrop of changed and changing national, regional, continental and global imperatives, especially on the economic, science and technology fronts,” it says.

It is not clear how much support Zhuwao has from other G40 members but the document implies that reports that former G40 members were bee-lining to join former Vice-President Joice Mujuru’s party may not be true.

The G40 project wanted to assume power not to hide behind some leader.

The leader of the G40 was ostensibly Grace Mugabe but reports said the main engineers Saviour Kasukuwere and Jonathan Moyo ultimately wanted to take over bur were behind Grace Mugabe because it was going to be easier to remove her than a person like Mnangagwa.

Zhuwao was also one of the kingpins of G40 but he was not considered a serious contender because of his relationship to Mugabe.

Mnangagwa has said elections will be held before July but the new Zimbabwe Electoral Commission chair Priscillah Chigumba says she will follow the constitution.

The constitution says the elections must be held between 23 July and 21 August.

It is not clear whether the new party, if formed, would be ready for the elections since its main aim is to reverse the “coup” that brought Mnangagwa to power.

Zhuwao has been making a lot of noise lately and threatened to confront Mnangagwa at the just ended World Economic Forum in Davos, Switzerland, but was nowhere to be seen.