Mugabe’s $1 billion university plan too late to salvage a... 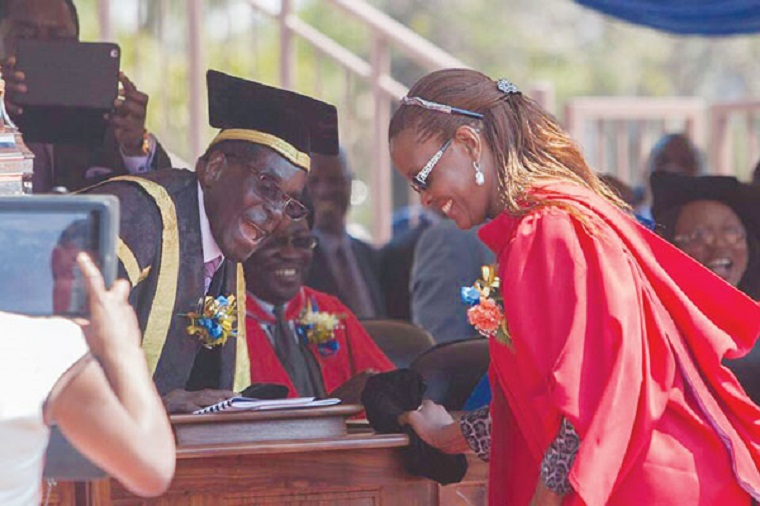 There is a rush by President Robert Mugabe’s lieutenants to salvage his legacy, and the latest ploy in that race – a university named after him – may cost the taxpayer at least $1 billion.

Higher and Tertiary Education Minister Jonathan Moyo announced yesterday that the Robert Gabriel Mugabe University is to be built in Mazowe, where Mugabe and his wife, Grace, already run an exclusive private school, an orphanage, a large estate and a dairy.

Education has always been seen as one of the early successes of the Mugabe administration.

However, over the last 20 years, he has rolled back what success he had achieved in education, as school dropout numbers soared and the quality of education collapsed.

Now, amid a scramble by his officials for a place at Mugabe’s feet, the government has promised $1 billion in taxpayer funds to please Mugabe and cheer the First Lady in her dream to build an empire in the Mazowe valley.

While few will argue against a new university, it is the cost of the proposed university, and how it will be funded, that is raising controversy.

There is no detail as to how this money will be raised.

To put the size of the grant in context; at $1 billion, the grant would take up a quarter of the nation’s entire annual budget.

The Government would be spending more on a single university than the $800 million that it allocated for primary and secondary education this year.

The $1billion grant would leave the heads of other state universities scratching their heads.

The figure is about a thousand times more than what Lupane University gets in fees.

“My enrolment is only 2 500 students and with payments of $500 per student per semester, it is almost impossible to operate a university with a gross figure of $1.2 million that we get per year,” Lupane University chancellor Pardon Kuipa told MPs earlier this year.