Mugabe says Zimbabwe has gone for 15 months without load... 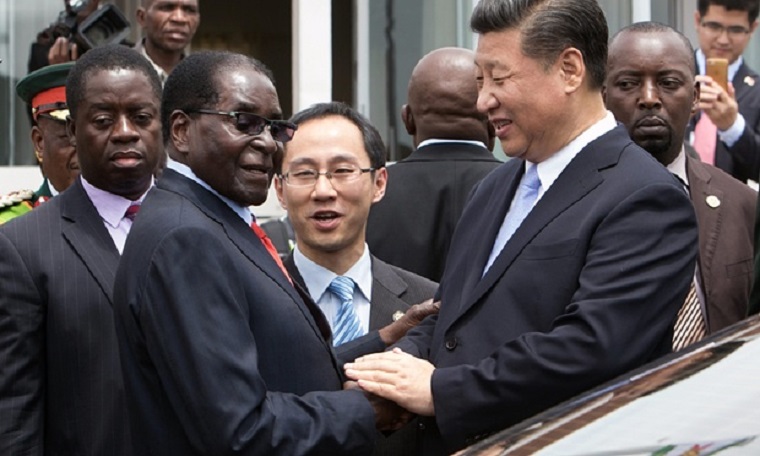 President Robert Mugabe today said Zimbabwe has gone for 15 months without any load shedding and work on two units at the Kariba South Power Station being built by a Chinese company, will boost power generation to 78 percent.

China today said one of the generators will be operational before the end of this year.

The project which cost $355 million will be completed early next year and will 300 megawatts to the existing 750 megawatts.

In a lengthy article entitled: China remains Zimbabwe’s all-weather friend, the official Chinese news agency, Xinhua listed several areas of cooperation between the two countries including the mega deals signed by Chinese President Xi, which seem to have been abandoned.

Below is the full Xinhua report:

As Zimbabwe celebrates Independence Day on April 18, China remains the country's all-weather friend and continues to give a helping hand during difficult times.

The Chinese embassy in Harare is as old as Zimbabwe's independence, having opened on the same day the Union Jack was put down to symbolize the end of British rule and give way to black majority rule nearly 37 years ago.

Today, relations between the two countries continue to grow on the political, economic and cultural fronts.

China was one of the first countries to rally behind Zimbabwe when it issued a distress call in March for assistance following floods that left hundreds of families homeless and in need of food by donating 1 million U.S. dollars to the government on March 31.

Heavy rains that were worsened by Cyclone Dineo in mid-February left 271 people dead, another 128 injured and nearly 2,000 homeless.

The deaths were caused by lightning strikes, drowning and landslides, according to the Civil Protection Unit, which added that nearly 2,600 homesteads were damaged in varying degrees.

The Chinese Red Cross Society also gave 50,000 dollars and the Chinese embassy and community in Zimbabwe gave another 10,000 dollars to help the flood victims.

On April 3, China also donated 12,000 tons of rice to assist the needy, including the victims of the recent floods.