Mugabe namesake says there is no way Grace can become... 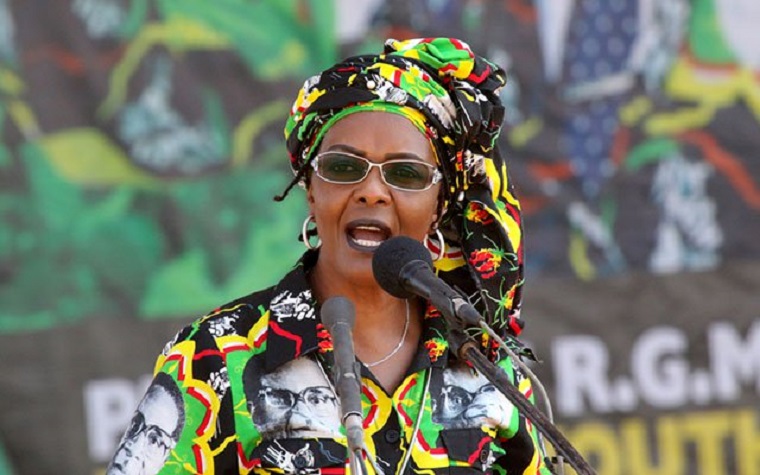 A Masvingo man who is a great admirer of President Robert Mugabe says here is no way his wife Grace can become president of Zimbabwe.

“Grace will not be president. The people don’t want her. There is not one in 20 who will vote for her,” Daniel Mugabe told the British newspaper, The Guardian, yesterday.

He, however, showered President Mugabe with praise saying he can rule for 10 more years because the people love him.

“How could he rule so long if the people don’t like him? You can’t rule if people don’t want you to,” he said.

“They say he is old but he has the memory of a young man. He will be in charge 10 years from now, I am sure.”

Under the new constitution, Mugabe can only rule for five more years and will have to step down even if he is still popular.

His wife is reportedly one of the major contenders to succeed him but some people say she has no political future without her husband.

Grace Mugabe is aware that people in the Midlands and Masvingo do not like her.

She told a youth rally in Gweru yesterday: “What we do to please the President when he is around is exactly what we should do when he is not here.

“We want unity of purpose. Here in Midlands, you said there is unity and no factionalism. I hope you are telling the truth.

“If you are saying there is no factionalism then it’s something else. But what we hear, especially here in Midlands and Masvingo, is that you have a habit of insulting the President including his wife and the children.

“I don’t think you can actually convince me that you have a unity of purpose unless if you are telling me that from today, at this hour, you have changed and realised that factionalism is not good. In fact, factionalism does not work,” she said.

All eyes seem to be fixed on the Zimbabwe African National Union-Patriotic Front because the opposition is very fragmented.

It has been trying to come up with a coalition to face Mugabe and ZANU-PF next year with very little success.

ZANU-PF is likely to take advantage of this fragmentation by calling an early election though experts argue that this is almost impossible under the new constitution.