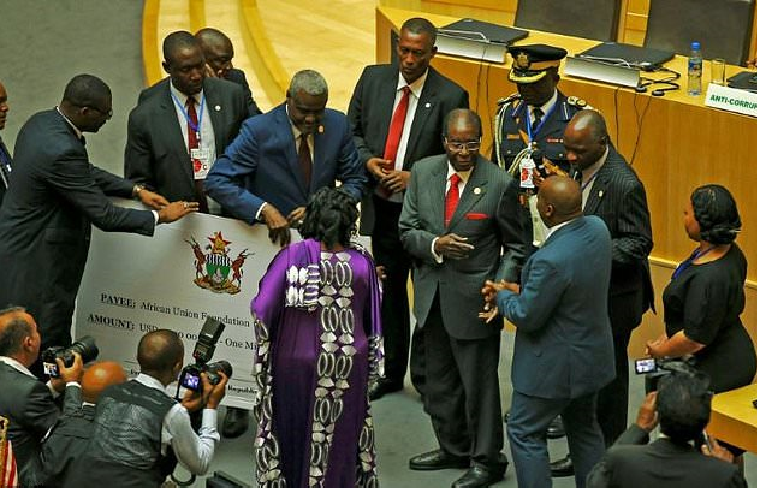 President Robert Mugabe today donated $1 million to the African Union Foundation in a “humble gesture” which he said he hoped would steer the AU towards financial independence.

Currently 61.7 percent of the AU budget is financed by donors.

“Unless and until we can fund our own programmes, the African Union will not be our own,” Mugabe said according to reports from Addis Ababa.

“It is never going to be easy to wean ourselves from the ‘donor-dependency syndrome,’ but we need to forge ahead for our sake and that of our future generations.

“This modest contribution… is a symbolic step in that direction. Let us build our continent brick by brick, stone by stone.”

Mugabe is reported to have raised the money by selling 300 cattle that he had donated to the AU.