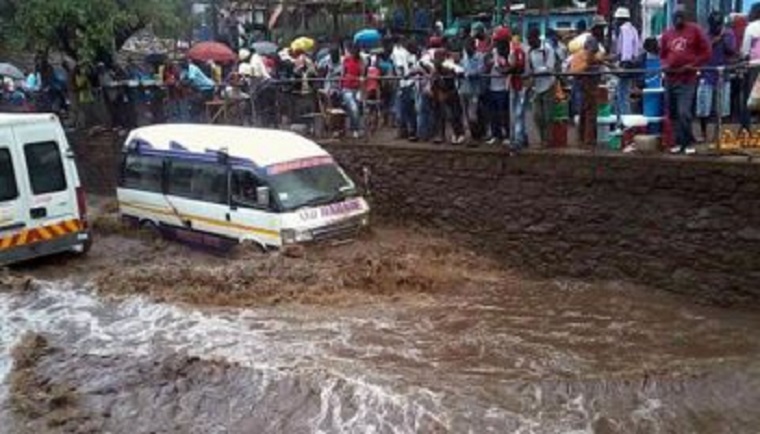 Torrential rains and cyclones that have battered Zimbabwe this season have triggered a sharp rise in motor car insurance after flash floods and heavy storms damaged roads and cracked open dangerous potholes, according to an industry official.

Following a disappointing 2015/2016 agricultural season that destroyed crops and severely compromised food security, Zimbabwe has been pounded by heavy rains associated with the Lanina weather phenomenon.

“There has been mayhem caused by extreme rains this season,” said Ngwerume.

“One insurance company paid $500 000 in three weeks because of the damage (on housing), motor car claims are up 40 percent because of potholes,” added Ngwerume.

He was speaking to financial journalists at an insurance sector seminar convened to improve reportage of the industry in Zimbabwe.

Apart from cars and private properties, heavy rains and strong storms have swept away bridges, schools, crops, livestock, dams and villages across the country, killing at least 200 people, according to official estimates.

Motor vehicles have been affected by the bad roads, sparking a sharp rise in traffic accidents and breakdowns.

Many properties have been swamped.

Motor car policies form the bulk of insurance claims in Zimbabwe, where citizens are still hesitant to invest in new cover after losing millions when the Zimbabwe dollar crashed to hyperinflation in 2008.

Government has set up a commission to look into the losses and come up with recommendations.

He said Zimbabweans must forget about the past disappointment caused by the fall on the domestic currency and insure their assets again.

“There was nothing wrong with insurers, the economy was imploding. This is now water under the bridge, it is gone but the risk still remains. When there is an economic implosion and the currency is disappearing, the main sector that suffers is financial services,” said Ngwerume.- The Source