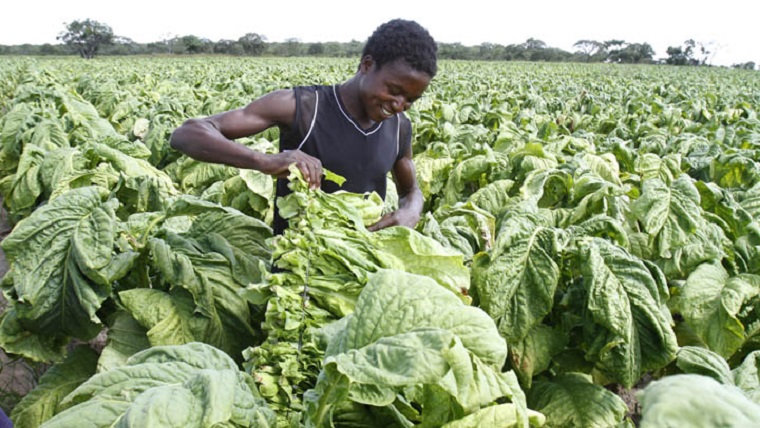 More than 100 000 farmers have registered to grow tobacco in the 2017/18 season, a 36 percent increase from 73 492 in the previous season, statistics from the industry regulator have shown.

Previously a preserve for commercial farmers tobacco is fast becoming an attractive source of livelihood for many of Zimbabwe’s small scale and communal farmers.

Latest data from the Tobacco Industry and Marketing Board (TIMB) shows that 29 852 new farmers had registered to grow the crop compared to 13 842 last year. Registration is still on-going.

The southern African nation has so far exported 173.6 million kilograms of tobacco earning the country $863.6 million up marginally from $858.8 million last year.

The average export price stood at $4.97 per kg.

The bulk of the tobacco was exported to China with the rest going to South Africa, Belgium, United Arab Emirates, Indonesia, Sudan and Russia.- The Source