Mnangagwa warns Mugabe I am coming back in a few... 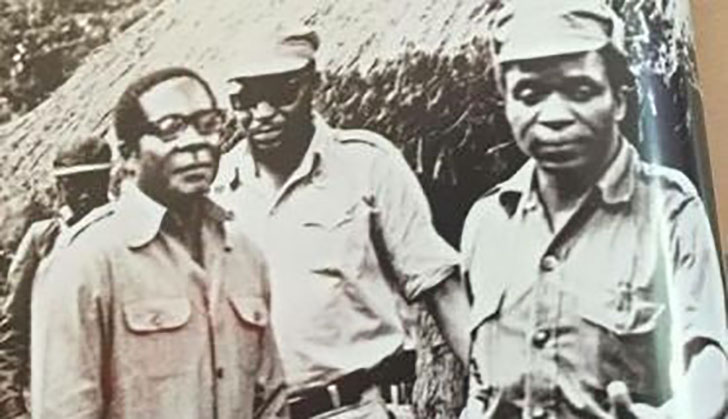 Former Vice-President Emmerson Mnangagwa today said he is going nowhere and will be back in a few weeks to lead the party because it is President Robert Mugabe and his cohorts who will leave ZANU-PF instead.

Mnangagwa who issued a statement from outside Zimbabwe which he said he left because of “incessant threats on my person, life and family by those who have attempted before through various forms of elimination including poisoning” ironically said he was not afraid of anyone.

“I am not afraid of anyone or worried about my political future under the current ‘Party Capture’ that is being tolerated and condoned by the First Family,” he said.

“I implore all genuine members of ZANU PF to reject this ‘Party Capture’ by a few individuals as I hereby do unequivocally. This is not the ZANU–PF we established with the late Dr. J. M Nkomo and other luminaries who have passed on.

“This is now a party controlled by undisciplined, egotistical and self-serving minnows who derive their power not from the people and party but from only two individuals in the form of the First Family who have now privatized and commercialized our beloved institution.”

He went on: “I will go nowhere. I will fight tooth and nail against those making a mockery against ZANU-PF founding principles, ethos and values. You and your cohorts will instead leave ZANU-PF by the will of the people and this we will do in the coming few weeks as Zimbabweans in general now require new and progressive leadership that is not resident in the past and refuses to accept change.

“My conscience obliges me to uphold the code of conduct of my beloved party and I refuse to be drawn into a public circus.”

Mnangagwa was fired from the government on Monday and did not say how he left the country.

His perceived supports are also now being expelled from the party which is holding a special congress next month.

In response to Mnangagwa’s statement, Jonathan Moyo tweeted: “The difference between a Press Statement issued by a fugitive in the luxury of a 5 Star hotel in a foreign country & Zanu PF is like that of day & night.  Zanu PF is the people whose one centre of power is Pres Mugabe who has asserted the people's authority!”

Below is Mnangagwa’s statement in full: