Mnangagwa visits Tsvangirai to check on his health 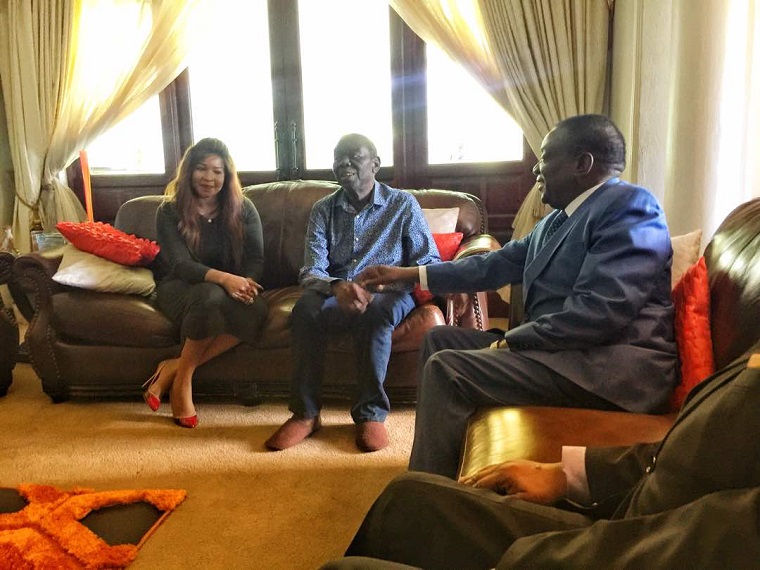 Mnangagwa who was accompanied by his deputy Constantino Chiwenga was met by Tsvangirai’s wife Elizabeth, one of Tsvangirai’s deputies Nelson Chamisa and MDC elections director Murisi Zwizwai.

According to the Zimbabwe Broadcasting Corporation Tsvangirai told the President that he was recuperating well but is due back for another review.

Tsvangirai has been in and out of hospital since he was diagnosed with cancer but his visits have been more frequent over the past few months.

Despite his assurance that he is recuperating one of the pictures taken of him with Mnangagwa told a totally different picture.