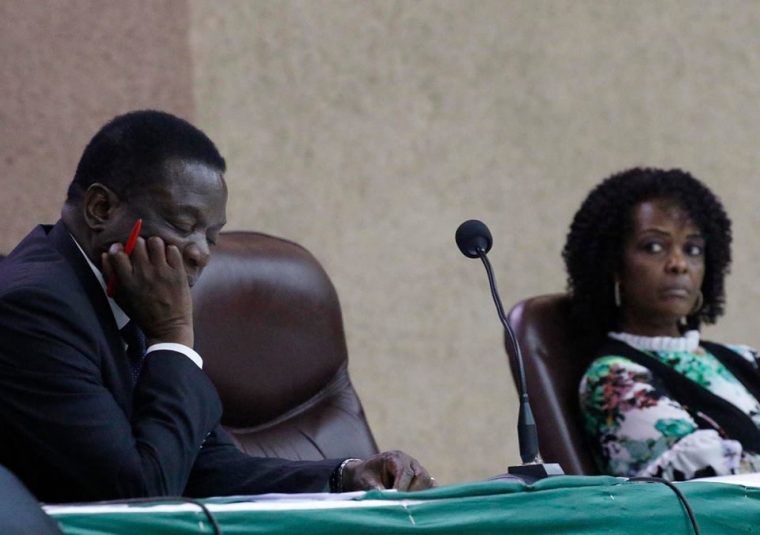 There has been a total silence on the condition of Vice-President Emmerson Mnangagwa who fell sick on Saturday at a youth rally in Gwanda and had to be flown to Johannesburg for treatment.

First Lady Grace Mugabe has dominated the news since she allegedly assaulted 20-year-old Gabriella Engels on Sunday after finding her with her two sons in Sandton, Johannesburg.

The assault has sparked a diplomatic furore with most South Africans including top politicians saying she must face the wrath of the law.

The First Lady has been holed in Johannesburg for fear of being arrested and a public backlash not only from South Africans but also from exiled Zimbabweans.

Reports say she has been granted diplomatic immunity and as the incident was too minor to cause diplomatic friction between Zimbabwe and South Africa.

Afriforum, a right-wing Afrikaaner human rights organisation, does not feel that way and has vowed to make sure Grace faces justice.

Meanwhile, the last statement about Mnangagwa’s health was issued on Thursday by Information Minister Chris Mushohwe who said the Vice-President was recovering but his doctors had urged him to rest in hospital for a while.