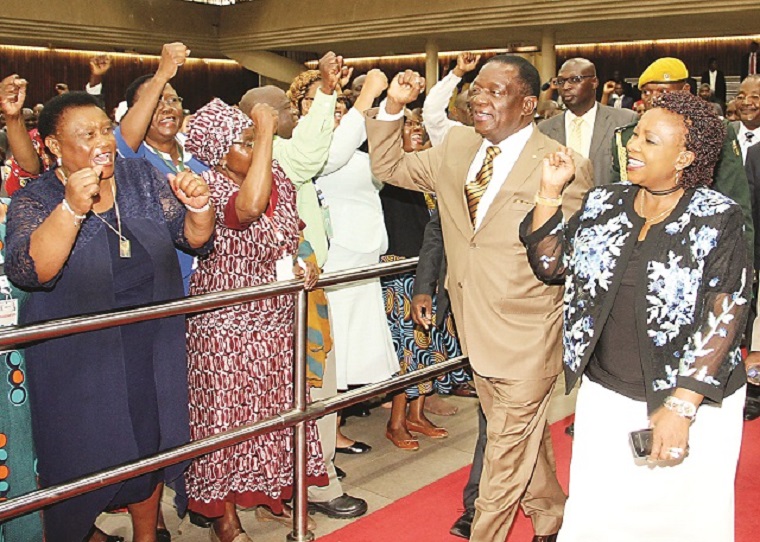 President Emmerson  Mnangagwa yesterday extended the life of his party’s central committee to 2022, realigning the congress to the national elections and urged members of focus on the economy rather than just politics which had led to squabbling which had almost derailed the party.

Mnangagwa was elected party president on 19 November and will be endorsed today after the military intervened to restore the party’s legacy claiming it had been hijacked by criminals.

Addressing the Zimbabwe African National Union-Patriotic Front central committee  yesterday Mnangagwa said today’s special congress marks the beginning of a new era where it will no longer b politics and politics alone but politics and the economy.

“Let us recognise that the best politics emerge from the market place where livelihoods are made,” he said.

“The Central Committee must be at the centre of this new dynamic new era which must pervade all party work into the future.

“Productivity across all sectors must be religiously encouraged, not only at a national level but at a disaggregated Ward, District, and Provincial level. I urge us all to think, sleep, dream and walk productivity.

“To this end, all our party members must be encouraged to do the same. Accordingly in today’s agenda we will receive a report from the Minister of Lands, Agriculture and Rural Resettlement on the state of our agricultural sector and the interventions that we have in store.

“The lessons and successes from Command Agriculture and the Presidential Inputs Scheme must embolden us to know that we can overcome seemingly insurmountable challenges as a nation if we are disciplined, united, purposeful and hardworking.”

Below is Mnangagwa’s full address: