Mnangagwa sucks up to army 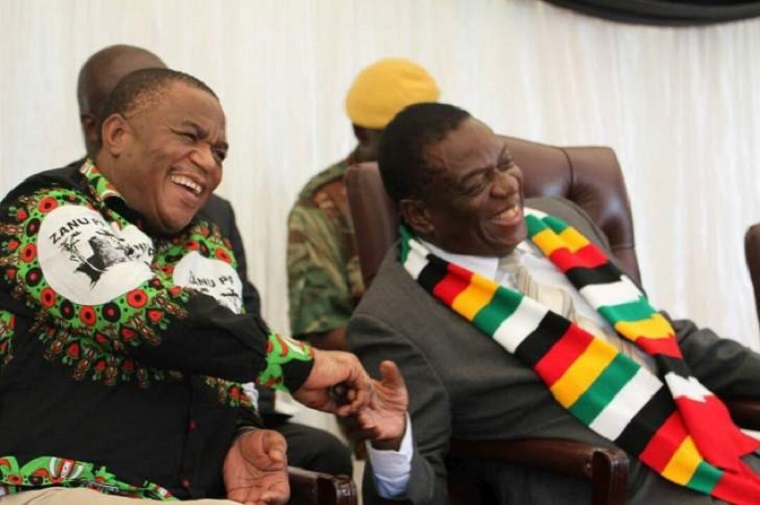 Zimbabwe President Emmerson Mnangagwa has put in place coup-proof mechanisms to strengthen his hold on the Zimbabwe African National Union-Patriotic Front and the State by appeasing the army and war veterans.

Mnangagwa ascended to the top job two years ago with the help of the army, but insiders say he fears going the same way as Robert Mugabe in a military coup.

This week he granted generous budgets to the Zimbabwe Defence Forces and war veterans. The two groups have recently raised concerns about the negative effects of the economy on their livelihoods.

The Ministry of Defence and War Veterans got $3.1billion, the single biggest allocation of the 2020 budget. In his budget presentation, Finance Minister Mthuli Ncube said the Treasury had to “prioritise allocations and disbursements to the security sector”.

A fortnight ago Defence Minister Oppah Muchinguri Kashiri warned “not to take this peace for granted”.

In the 2019 budget Ncube allocated the biggest share, US$1.5bn, to education.

One reason given for the coup against Mugabe was that he had forsaken the veterans. During the succession battle in ZANU-PF, Mugabe unleashed the police on veterans as relations between him and his once strong allies hit a record low.

Army tanks rolled into Harare in November 2017 because Mugabe did not reverse the dismissal of party members and cabinet ministers who had taken part in the liberation war.

In the budget, Ncube increased the “non-wage-linked” budget to cater for the servicing and procurement of machinery in the military. He also vowed to revive the army’s arms manufacturing company, Zimbabwe Defence Industries (ZDI).

At its peak in the 1990s, ZDI brokered deals between the Chinese and the Democratic Republic of Congo. It also made mortar rounds, light armoured fighting vehicles and landmines.

“Government will leverage on the expertise of the security sector in implementation of projects and the need to capacitate the Zimbabwe Defence Industries,” Ncube said.

He said the army would be given tenders in public projects such as roadworks.

Ncube said houses were being built for soldiers in Dzivarasekwa and Tomlinson Flats in Harare. The extension of the army’s Manyame Hospital is also under way.

William Mpofu of the University of South Africa said a lot was “out of order” with the budget.

“When it comes to the army and war vets, it’s all about the President’s power retention. Remember these two groups have dislodged a sitting president in the past. If not prioritised they are a danger to Mnangagwa,” said the academic.