Mnangagwa says there is no short cut to Zimbabwe’s reform 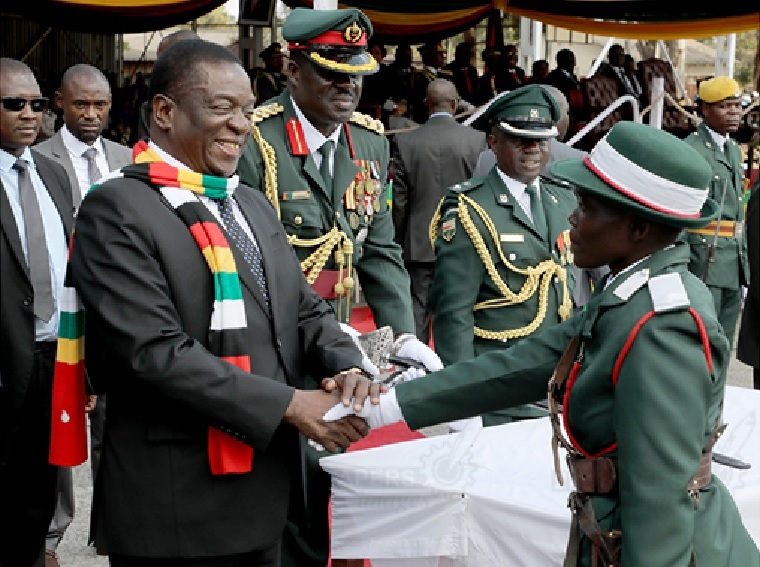 President Emmerson Mnangagwa says the road to Zimbabwe’s recovery will not be easy and the country cannot afford to take short cuts for political expediency.

Addressing officer cadets at the Zimbabwe Military Academy in Gweru yesterday, Mnangagwa who is under pressure to revive the country’s economy which has been devastated by fuel, power and cash shortages, said the country was being held back because people were stuck in the past.

“In our politics, economy and society in general, our country has been stuck in the old way of doing things. This has held us back as a nation for too long. We must embrace the new, to ensure sustainable economic growth that will develop our country and speedily improve the standard of living of all people,” he said.

Mnangagwa’s administration which has introduce the RTGS dollar to make the country competitive is struggling to convince people, including business, to stop thinking in United States dollars.

Prices, though in RTGS dollars are pegged on the US dollar and converted according to the prevailing rate.

The floating of the RTGS dollar on the interbank market seems to have fuelled the black market which is now reported to be 7:1 against the interbank rate of 4.76:1.

One of Mnangagwa’s advisors Chris Mutsvangwa said authorities must deal with one of the Zimbabwe Stock Exchange heavyweights Old Mutual as it was the one distorting the market.

Old Mutual is listed on five stock exchanges and local businesses and investors have adopted the Old Mutual Implied Rate, the difference between its share price in London and Harare, as a more trustworthy unofficial exchange rate.

According to the Herald, Mnangagwa also told the officer cadets: “We cannot and should not take short cuts for political expediency. Our economics and politics must be that which puts national interests above individual or group interests.

“My government will continue to put in place an environment that ensures the long term benefits of all citizens of our great country.

“As we implement the broad economic reform policies, we will also put in place the appropriate safety nets to cushion the most vulnerable members of society.

“I, therefore, urge all of us to remain resolute and play our part in line with the Transitional Stabilization Programme and our quest to attain vision 2030.”

The President said there was need for unity of purpose for the country to move forward.

“The journey towards the attainment of Vision 2030, requires us to have common ideals, convictions and unity of purpose.

“As I have said the road will not be easy and requires sacrifices by all of us. Let us collectively determine to build a modern, industrialised, stronger and more prosperous Zimbabwe, for both present and future generations,” he said.