Mnangagwa says no time to waste I have to hit... 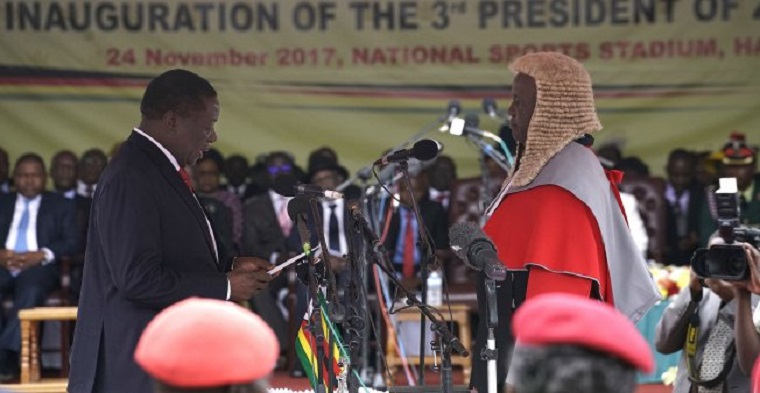 Zimbabwe’s new President Emmerson Mnangagwa today pledged to revamp the country’s economy but insisted that the country’s controversial land reform programme would not be reversed.

Farmers whose land was taken would, however, be compensated.

Mnangagwa said his economic reform would be anchored on agriculture, especially the command agriculture programme which led the country to a bumper harvest last season.

Highlights of his address were that:

Mnangagwa also paid tribute to outgoing President Robert Mugabe and said no matter what his commissions or omissions he remained a hero.

“To me personally, he remains my father, mentor and leader,” he said.

He also paid tribute to Zambia’s founding President Kenneth Kaunda who was present at the inauguration.