Mnangagwa says Mugabe family has final say on where he... 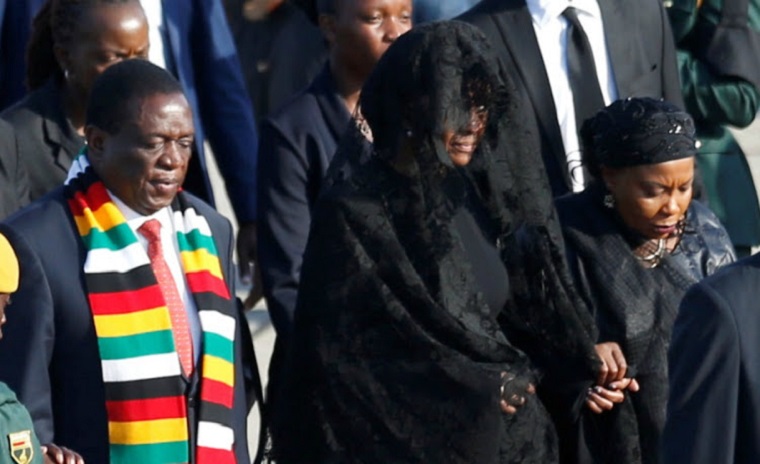 Zimbabwe President Emmerson Mnangagwa today said that the family of the late former President Robert Mugabe will make the final decision on where he will be buried and government will respect that.

His comments follow days of uncertainty about the final resting place for the former leader who died last Friday in Singapore where he was receiving medical treatment.

The uncertainty has led to widespread speculation, with some reports indicating that Mugabe, whose body arrived home from Singapore yesterday, had told his family he wanted to be buried at his rural home in Zvimba.

But the former President was declared a national hero, and ordinarily these are interred at the Heroes Acre. In fact, Mugabe already has a slot at the national shrine besides his first wife, Sally.

Mnangagwa, speaking at a funeral service at Mugabe’s home in Harare, said the family of the late had the final say on where he is buried, but this will be done in consultation with the government.

“Government has not issued any definitive statement on the funeral programme and burial of the former President because it was yet to consult the family which has the final say on the matter,”  Mnangagwa said.

“Amai (Grace) you have the full support of the government under me, there is nothing we will do to antagonise your decisions,” he said.

Referring to the animosity that developed between him and the former President in the lead up to the latter’s resignation in 2017, Mnangagwa reiterated his stance that this was a closed chapter and the nation should move on.

He said the two had been close since 1963 until 2017 when Mugabe, through Grace and a faction in the ruling party, led a demonisation campaign targeting him which eventually led to his sacking.

“But I have said let bygones be bygones,” Mnangagwa said, reiterating again that Mugabe was “our father and founding father of the nation.”- New Ziana