Mnangagwa on what he has done since he came to... 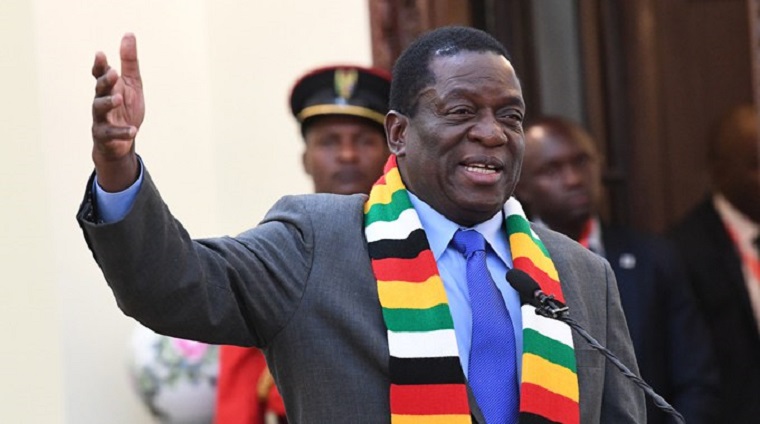 Two years ago, on November 18th, 2017, hundreds of thousands of Zimbabweans took to the streets in the spirit of peace, unity and hope, calling for a new start, for a new Zimbabwe.

Coming into office a few days later, we committed to saying goodbye to the ways of the past, and to doing things differently.

I immediately moved to give the people their voices back, opening new channels of communication between the people and their representatives.

Criticism of the government and the presidency would no longer be taboo, but welcomed, even encouraged. I answered tough questions on my Facebook page, as I promised to be a listening president.

We immediately went into an election, in which opposition parties were free to campaign wherever, whenever and however they liked. Even when I narrowly survived the Bulawayo bombing attack weeks before the election, nothing changed. The campaign continued unimpeded.

On July 30th 2018, eight months after coming to office, we held the freest and fairest elections in the country’s history. While no electoral process is perfect, all international monitors noted the new and free environment of the campaigns, and the vast improvement in the electoral process.

And we will continue to work closely with our partners in the international community to improve and refine our democracy, to build a resolute and open society, a free and fair country for all its citizens.

Part of this is reforming antiquated legislation and opening up the political space. We are repealing AIPPA, replacing it with three new laws, consistent with the ethos of the new Zimbabwe: The Freedom of Information bill, the Protection of Personal Information bill and the Zimbabwe Media Commission bill.

Developed in consultation with a diverse range of stakeholders, these laws meet international media freedom standards and ensure the right to freedom of expression and freedom of media.

Just last week we removed the much maligned POSA, a remnant of the old Zimbabwe that limited the right to protest, and replaced it with a new Maintenance of Peace and Order Bill, devised with input from civil society and our friends around the world.

These have been key demands of the international community, and should be interpreted as a sign of our commitment to reform. Yet the impetus for change and reform comes from within.

We are not reforming to appease the nations of the world, but because reform is necessary to build the future our people desire. Of course, there is still much work to do, but we are heading in the right direction.