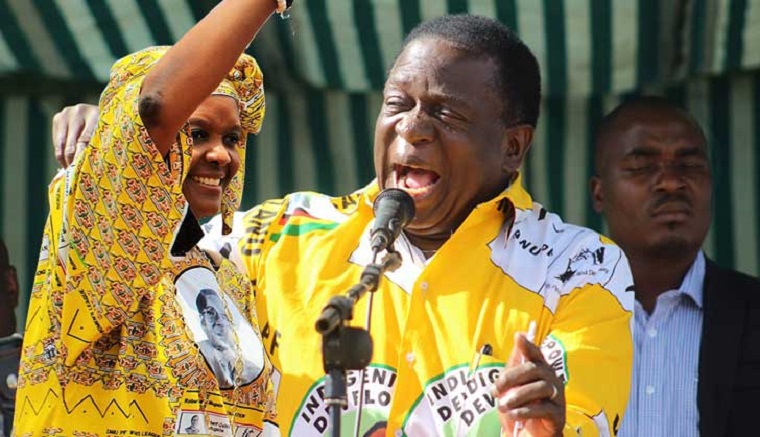 Vice-President Emmerson Mnangagwa is now a moving grave because he has challenged a man who was anointed by God, President Robert Mugabe, his wife told church members at a rally in Harare yesterday.

She said Mugabe was anointed by God to lead Zimbabwe before he was even born and it was only those who did not understand this who challenged him. But, she said, this was a futile exercise.

The First Lady has been after Mnangagwa since his alleged food poisoning at the youth rally in Gwanda in August which he survived and has accused him of leading factionalism in the party.

She has called for his dismissal from the party saying the party leaders were cowards for failing to deal with Mnangagwa.

Mnangagwa has said through a twitter handle under his name that he is not going anywhere and will not be drawn in shameful public political circus.

“my conscience obliges me to uphold the code of conduct of my beloved party i refuse to be drawn into a shameful public political circus,” he says.