Mnangagwa insists elections will be held by July 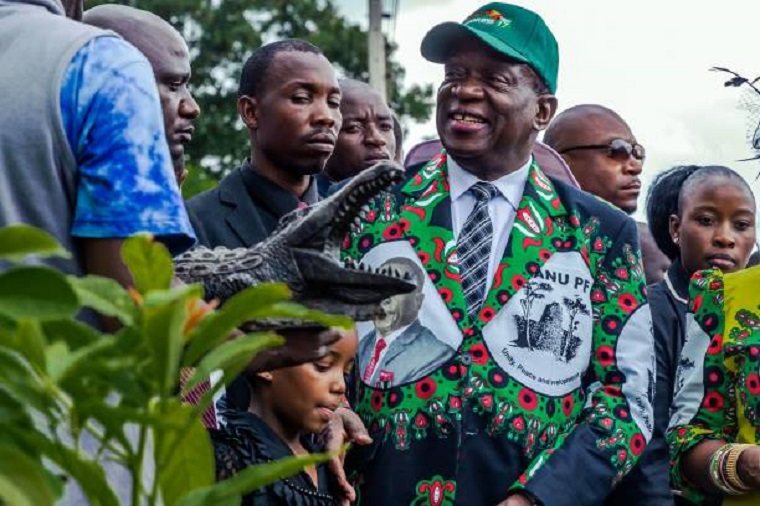 Zimbabwe will have "free, fair, credible" elections by July, President Emmerson Mnangagwa said today but analysts believe Mnangagwa is "not a very democratic individual" and "people should have no illusions."

"Next month I will be able to make a proclamation of elections, so I believe that elections will not be in July, they will be earlier than July," Mnangagwa said sat the World Economic Forum in Davos, Switzerland.

"We want to have free, fair, credible elections, free of violence," Mnangagwa said, adding that he would welcome international observers.

"If you have that criteria, why would you want to deny international observers coming into our country? The EU … I would welcome them."

Despite, Mnangagwa's announcement of free and fair elections, Derek Matyszak, an analyst with the Institute for Security Studies (ISS) in South Africa, said in November that Mnangagwa was regarded as "extremely ruthless, shrewd and calculated" and that many people "hold him in fear and awe."

"He is certainly not a very democratic individual. People should have no illusions," Matyszak said. "Mnangagwa has been at Mugabe's side for 50 years. He was considered to be Mugabe's fixer."

The opposition has said that it will not be bulldozed into elections and insists on electoral reforms before the elections.

Justice Minister Kazembe Kazembe said the elections will be held between 23 July and 21 August as required by the constitution.

Observers say that with the West scrambling to come into Zimbabwe because of the threat from China which is not likely to insist on free and fair elections, they could turn a blind eye if they are allowed to observe the elections.

Mnangagwa is expected to visit China in April and could receive he economic boost that he requires to hold elections before the euphoria that gripped his take over from Mugabe wanes.- Own/DW