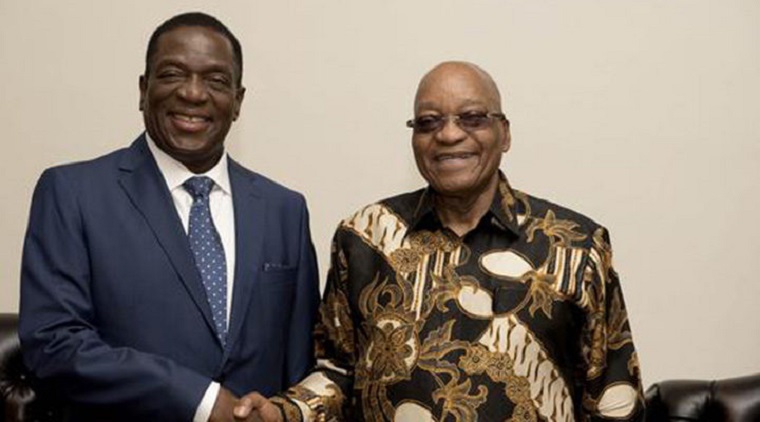 President Emmerson Mnangagwa will address potential investors in South Africa with some reports saying as many as 1 000 might attend.

Mnangagwa has put economic recovery as his top priority so that the country can create much needed jobs.

He has also vowed to eradicate corruption though critics are raising questions about his seriousness as some members of his cabinet are suspected to be corrupt.

This will be Mnangagwa’s first trip as President to South Africa.

According to The Chronicle the event is being organised by the Zimbabwe/South Africa (Zim-SA) Forum in conjunction with the Zimbabwean Embassy in Pretoria.

“From where I am standing and the responses we are getting, more businesses, chief executive officers and company executives are willing to attend the meeting. I have more than 300 delegates who have said they are coming. In fact we expect the event to be oversubscribed with as many as 1 000 delegates likely to attend,” Anele Ndlovu president of ZIM-SA Forum told The Chronicle.

Opposition parties and human rights activists have warned that Mnangagwa could go the Beijing way of concentrating on, and succeeding in, making economic reforms without any political transformation.

But with unemployment of between 80 and 95 percent, most Zimbabweans would welcome and transformation that brings food to their tables.