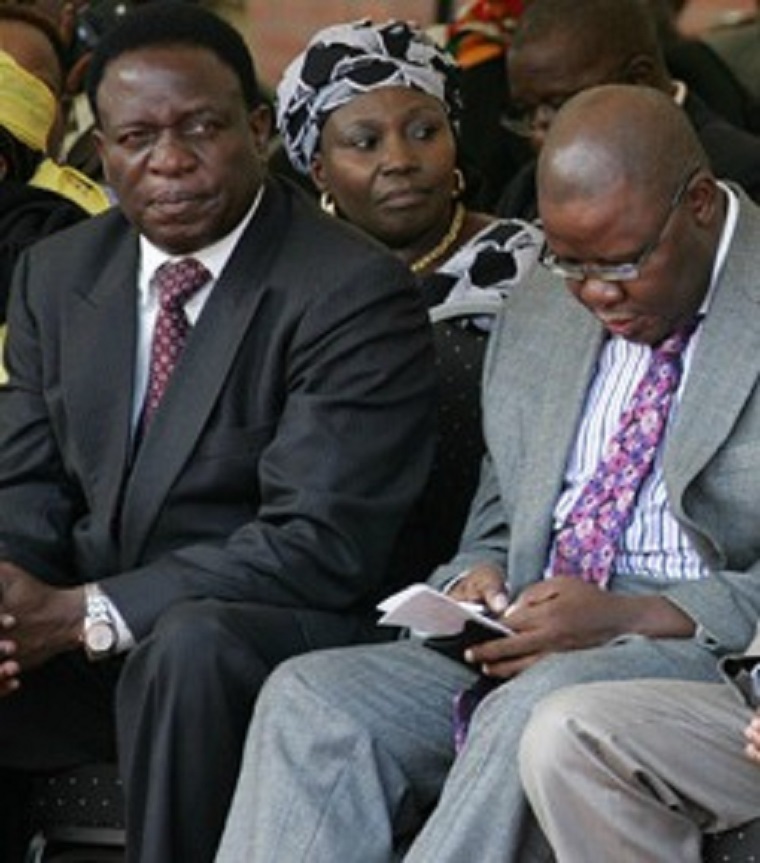 Political life in Zimbabwe, since November’s military coup deposed President Robert Mugabe, has been dominated by the efforts of the ZANU-PF government to woo the major powers and international investors.

President Emmerson Mnangagwa has done so while consolidating his grip on power, using the same generals that installed him in office.

Mnangagwa’s cabinet is led by army personnel, who made themselves millionaires under Mugabe. It includes coup leader Constantino Chiwenga as one of his deputies, alongside Kembo Mohadi, state security minister under Mugabe.

(Ed: Mutsvangwa was changed to presidential advisor when Mnangagwa exceeded his allocation of ministers without constituencies that he can appoint)

Chinamasa’s “new economic order”, centred on a revision of the indigenisation law introduced by Mugabe, which formally required 51/49 percent black Zimbabwean ownership of companies worth more than $500 000.

From April 2018, indigenisation will now be restricted to the diamond and platinum extractive industries.

Corporate income tax exemption for five years was announced for the energy sector, to be followed by a permanent rate of just 15 percent. This was accompanied by a tax amnesty on debts acquired prior to December 1, building on an existing amnesty window for the repatriation of public funds taken out of the country through illegal means.

More than 3 000 jobs in the youth service will be eliminated as the centrepiece of measures aimed at cutting public sector employment, accounting for 90 percent of the budget—US$5.1 billion in 2018.

The measures announced point to the extent of corruption within the regime. Headlined is a plan to enforce retirement at 65 from January. Like the attack on youth services, this is a move that will in fact benefit the new military-based faction by eliminating Mugabe loyalists.