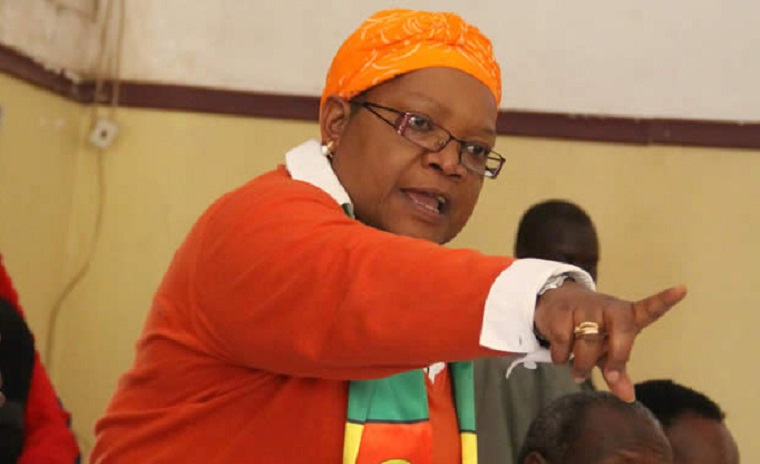 The National People’s Party has denied that its leader Joice Mujuru has gone into a pact with former first lady Grace Mugabe and says this demonstrates the panic that has gripped President Emmerson Mnangagwa and his military colleagues and reflects the kwashiorkor political thinking of the highest order.

Zimbabwe’s two Sunday papers reported on the purported pact but the NPP heaped the blame on the State-controlled Sunday Mail which it said is being used by the Zimbabwe African National Union-Patriotic Font as its mouthpiece.

“For the record, the regime is so desperate in its efforts to mislead the nation about the true standing of Dr JTR Mujuru typical of the former days in 2014 when the Mnangagwa cabal mislead the former head of state about who Dr JTR Mujuru is,” the NPP said in a statement.

“It’s now dawning on the military administration that Mother Zimbabwe’s leadership capability is the ultimate answer the nation is looking forward to vote for in 2018.”

It said while it was true that Mujuru met former President Robert Mugabe at his residence last week, “for one to try and twist facts that the meeting was about formation of a political pact only reflects kwashiorkor political thinking of the highest order”.

“Mother Zimbabwe has a forgiving heart and NPP remains a home of choice for everyone who calls Zimbabwe home regardless of past political differences,” the party said.

“To demonstrate the panic of the military regime, Mother Zimbabwe was stoned few days ago by hired ZANU-PF thugs in Glenview Area 8 during one her routine campaigns of meet the people tour.

“Such barbaric acts of brutality demonstrate the fear of the regime and that alone will never deter NPP’s quest and its other like-minded partners under People’s Rainbow Coalition to make another Zimbabwe possible.”

It added: “NPP is aware that the regime has no capacity to win a credible, free and fair election under the Sun should electoral reforms that promotes electoral transparency be implemented.”

Mnangagwa has promised free and fair elections which will be internationally supervised.