Mnangagwa abandons the “down with” individuals slogan, goes for issues 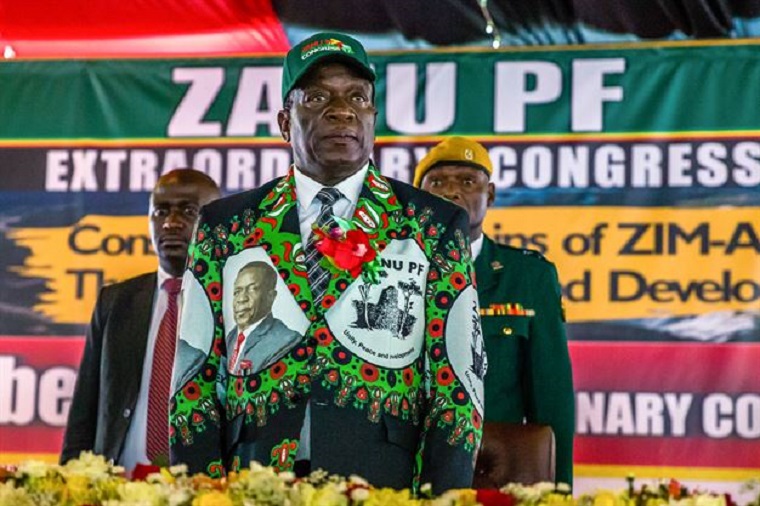 President Emmerson Mnangagwa who is all out to renew his Zimbabwe African National Union-Patriotic Front party as well as revive the country’s economy seems to have abandoned the pasi na..slogan  and is now going for issues rather than individuals.

Mnangangwa who was famous for his Pasu neMhandu slogan (down with sell-out) yesterday capped his closing speech at the special congress yesterday with two down with slogans- pasi nekusada kushanda (down with laziness) and pasi ne corruption (down with corruption).

The President said in his opening remarks that he was a president for every Zimbabwean regardless of tribe or region, colour or race and age.

Mnangagwa said his government will deal with the present cash crisis and is committed to address the structural problems that led to the crisis.

“Allow me to turn to a matter which I know is of great concern to us all, that of cash shortages. I realise that people still have very little access to their hard earned cash. The frustration is felt more so now as we prepare for the festive season and thereafter the beginning of the school term,” he said.

“My Government remains committed to redress the structural problems that have resulted in this state of affairs.

“To this end, comprehensive measures will be rolled out to address this issue starting of course with fiscal discipline, drastic reduction of the budget deficit and increased productivity.

“I urge all of us to be patient; soon we will see the benefits of the new economic era.

“Meanwhile, I exhort all retailers and service providers to desist from wantonly increasing prices. I urge us to stop profiteering tendencies; let us have the people at heart; let us give our new economic era a chance. We can achieve this by working together and putting our nation first.”