Mliswa tears into Grace Mugabe- why can’t you buy your... 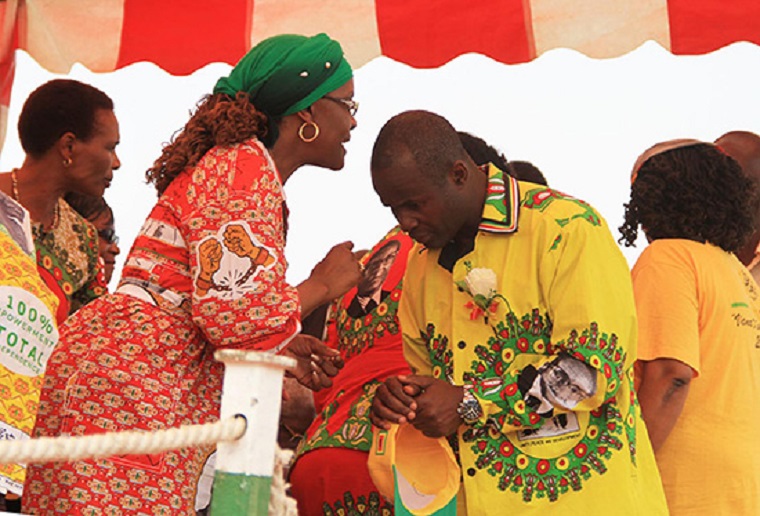 Norton Member of Parliament Temba Mliswa yesterday blasted the First Lady Grace Mugabe for splashing $1.4 million on a diamond ring and asked why she did not buy it locally as she was in effect externalising foreign currency.

The First Lady is involved in a wrangle over a diamond ring which she bought for her 20th wedding anniversary, paid for but then rejected and demanded a refund to be paid outside the country.

“Are there no rings for US$1.4 million in this country?  We have diamonds in this country and we want to buy our own diamonds abroad and not to buy them here,” Mliswa said in his response to the mid-term budget review by Finance Minister Patrick Chinamasa yesterday.

“Can we not make a US$1.4 million ring and money stays in this country.  I am looking for a day when our own Executive and Presidium will be leading from the front and buying rings here and not abroad because the very same resource is coming from here.

“You are not even prepared to support the jewellery industry in this country.  In a way, that is externalization of foreign currency.”

Mliswa also wanted to know how much President Robert Mugabe was spending in trips abroad because the nation was never told how much money he brought back.

“It is the responsibility of the Executive to cut down on Executive costs. The Range Rovers you are driving, all the spare parts are foreign currency but we have got Willowvale Motor Industry which has now become a storage for maize instead of manufacturing vehicles.

“We have Ford and Mazda and we can do it in this country.  How do we justify that?  Why cannot Ministers and the Executive cut down on costs by driving cars locally made until we get to a certain point where we can all enjoy what we enjoy? “