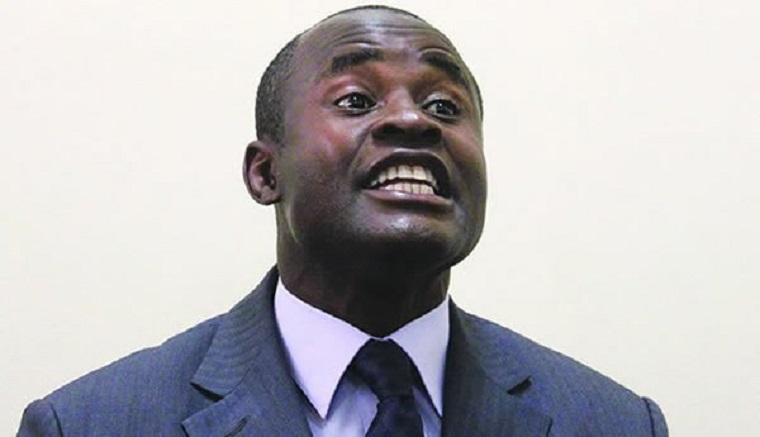 He raised the issue in Parliament today asking that it be recorded that he was under threat from Nzenza’s husband whom he said was called Adam Shand.

He said Shand sent him a message saying “can you please call”.

Mliswa did not but asked “who are you sir?”

The response was: “I am Sekesai Nzenza’s husband who you have been defaming. You are such a blow hard. Sure, Sekesai is my wife but I support her 100%. The fact that you even mentioned bedroom issues shows what a cheap sexist dog you are, who feels mortally threatened by a strong, independent good looking woman.”

It was not clear how the issue arose but Mliswa tweeted on Saturday that Nzenza was involved in the National Social Security Authority loot as she was bought a house in Cape Town by Tourism Minister Prisca Mupfumira.

Mupfumira was arrested last week for corruption allegedly involving $95 million from NSSA when she was Labour Minister.

Nzenza brushed off the report saying she had more important things to do but had nothing to hide.

Mliswa yesterday pressed the House to find out when the NSSA forensic audit report which led to Mupfumira’s arrest would be released.

Speaker of Parliament Jacob Mudenda said it was on the order paper for tomorrow, Thursday.

Mliswa said that was too late because the report was already in the public domain.

Nzenza told a press conference on Monday that it will be released soon.