Mliswa grills Chinamasa on where Grace Mugabe and son get... 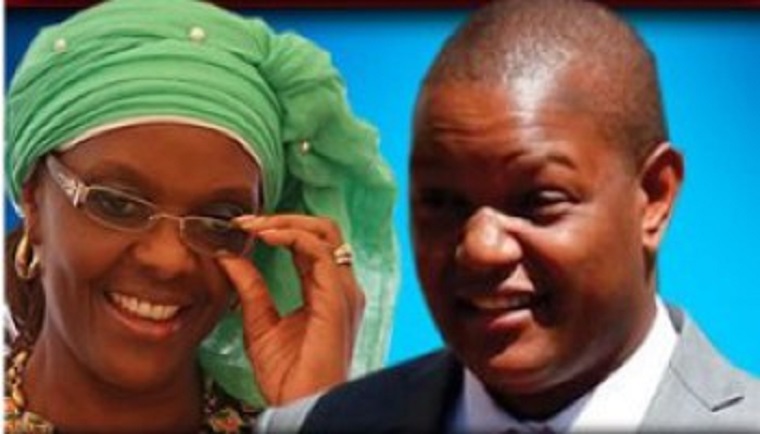 Norton Legislator Temba Mliswa yesterday grilled Finance Minister Patrick Chinamasa to disclose where the First Lady Grace Mugabe and her son Russell Goreraza got the foreign currency to buy expensive luxury items like a house in South Africa, cars and a diamond ring.

Chinamasa tried to dodge the questions arguing that these were private transaction outside the government but Mliswa said Chinamasa must explain the source of their funds because the country had a severe shortage of foreign currency.

“The Minister cannot duck and dive to protect corruption.  This House must uphold the Constitution and must hold everybody accountable; the First Lady has been extravagant,” Mliswa said, adding that he could provide proof about the purchases.

When Hurungwe East Member of Parliament Sarah Mahoka said an individual who was not a member of the house could not be named, Deputy Speaker Mabel Chinomona said the minister had already responded.

Mliswa added: “I am prepared to give evidence to the minister regarding the fact that the First Lady bought a house; that Goreraza bought the cars.  If I furnish him with the evidence, will he answer?”

There have been reports that the First Lady bought a R45 million house in Johannesburg while her son splashed $5.4 million on two luxury vehicles.

The First Lady is also reported to have bought a $1.4 million diamond ring for her 20th wedding anniversary but later returned it to the supplier demanding her money back but insisting that it should be paid in Dubai when she had obtained it from a local bank.

This matter is still before the courts.