Midlands planning to outshine all ZANU-PF youth rallies held so... 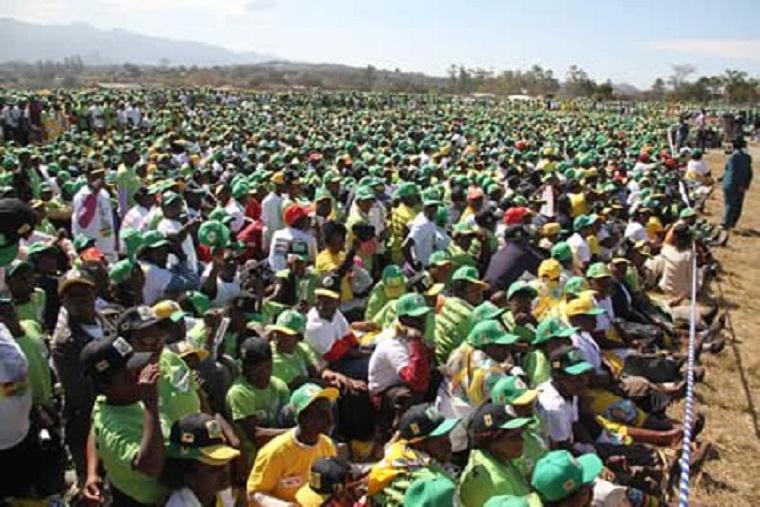 The Midlands province, home of Vice-President Emmerson Mnangagwa, is planning to mobilise the biggest crowd ever to host President Robert Mugabe during his current inter-face rallies organised by the party’s youth wing.

The rally is likely to be a show of strength for Mnangagwa who was allegedly poisoned at the last rally at Gwanda shortly after being dressed down by the First Lady, Grace Mugabe, at the Chinhoyi rally.

According to Newsday, an unnamed party official said the Midlands will not tolerate any nonsense at the rally now scheduled for Friday.

“We don’t care what has been happening in other provinces. What I can tell you is that in Midlands, you will not see a repeat of that nonsense. It’s not time to divide the people and party supporters cannot travel from various parts of the province to listen to divisive elements. That will not happen,” the official was quoted as saying.

“We have order in this province and we are not there to protect individuals. I don’t know of the faction you are referring to (Team Lacoste), but the truth of the matter is that we don’t want to hear about those faction talks here.”

Organisers said they are planning to bring in 120 000 people for the rally which would make it the biggest so far.

Mnangagwa has only appeared in the public twice since the food poisoning two weeks ago, first to pay condolences to Maud Muzenda  at her home and also at the body viewing at Stodart Hall before the two heroes were ferried to the Heroes’s Acre.

President Mugabe said Mnangagwa had asked to be excused but rubbished claims that he was poisoned at the Gwanda rally and instead wondered why the issue of witchcraft was now dominating talk in Masvingo.