MDC-T urges Zimbabweans to register to vote because numbers will... 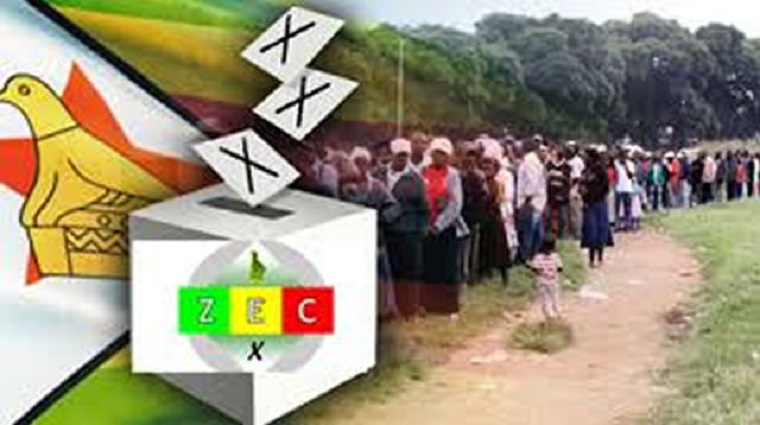 The Movement for Democratic Change led by Morgan Tsvangirai today urged Zimbabweans to register to vote in next year’s elections arguing that if they register in numbers they can beat any rigging planned by the Zimbabwe African National Union-Patriotic Front.

“Voter apathy is one of the biggest enemies of democracy,” the party said in a statement today.

“Indeed, the collapsing and faction – infested ZANU-PF regime will be a direct beneficiary of voter apathy, particularly in urban areas.

“The solution, therefore, is to make sure that no less than 6 million Zimbabweans should register to vote for the 2018 harmonized elections.”

The MDC-T said if huge numbers register to vote they can beat any planned rigging by ZANU-PF as it had awarded the tender for the BVR equipment that will be used in next year’s elections to its friends, the Chinese.

“The brutal, notorious and corrupt Kamuzu Banda dictatorship in Malawi was voted out of power in 1994 when no less than 82% of eligible voters in Malawi voted on polling day,” MDC-T said.

“Thus, we assure the toiling masses of Zimbabwe that we are up to the game and that this time around, the MDC will never, ever allow ZEC to steal the people's vote on behalf of Robert Mugabe and the ZANU- PF dictatorship that he fronts.”

The party said it had technical experts who will make sure that the BVR equipment to be bought from Chinese company, Laxton Group, will not be manipulated.

“We derive comfort from the fact that our technical experts are firmly on the ground and that they are keeping an eagle's eye on all the shenanigans that are being created by ZEC as it seeks to steal the people's vote on behalf of the thoroughly discredited and unpopular ZANU-PF regime,” the party said.

“Our technical experts are convinced that the German company, Demalog Identification Systems, are technically superior and better experienced in the supply of BVR kits compared to the Chinese company, Laxton Group Limited.

“Be that as it may, our technical experts are highly trained computer specialists who will leave no stone unturned in ensuring that the BVR exercise is not manipulated and bastardized by the crumbling and bankrupt Zanu PF regime.

“The people of Zimbabwe are guaranteed of winning against the ZANU-PF dictatorship provided they register to vote in their millions in order to circumvent and short circuit the evil and malevolent vote rigging machinery that ZEC is desperately trying to put in place.”