MDC-T tells Mugabe: Don’t harass vendors, they are your creation 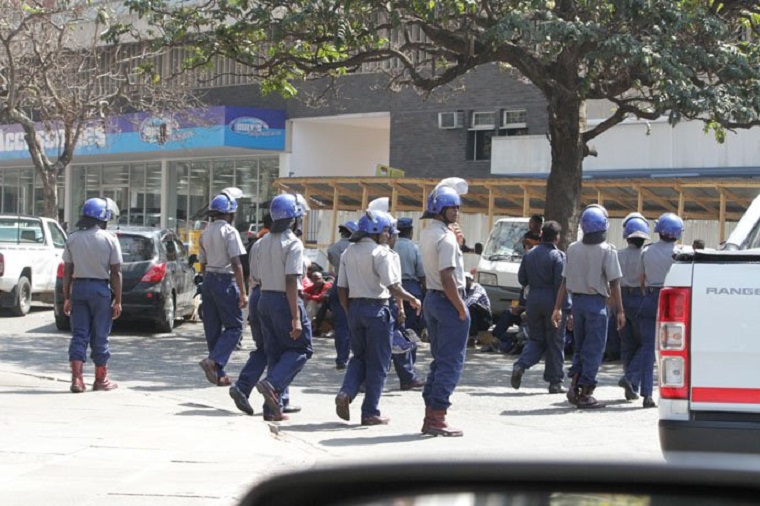 The Movement for Democratic Change today said the government and police should not harass vendors because they were created by the Zimbabwe African National Union-Patriotic Font because of its failure to create jobs and turn around the country’s economy.

Police were today deployed onto the streets of Harare in what the government said was a clean-up exercise following complaints by President Robert Mugabe that the capital was dirty.

“These people are unfortunate victims of the cruel and selfish ZANU-PF regime that is primarily concerned with pampering Robert Mugabe and members of his inner circle,” MDC-T spokesman Obert Gutu said.

“Given a viable alternative, the majority of Zimbabweans wouldn’t choose to operate from the streets as vendors. They would rather opt to secure formal jobs in industry, factories and in offices.”

Gutu said what was completely lost “to the ZANU-PF dictator that the vendors who now populate Harare’s streets are a direct result of his regime’s failed economic policies….

“What Mugabe and his cronies do not appreciate is the fact that they cannot successfully cure a disease by merely rushing to suppress the symptoms rather than curing the root cause of the disease.

“For as long as there are no jobs and other viable business opportunities that are open for the majority of the people, the problem of indiscriminate vending will simply not disappear.

“Mugabe can use all the physical might of the Zimbabwe Republic Police to forcibly flash out vendors from the streets but, certainly, this will not mean the plight of the majority of jobless Zimbabweans will suddenly improve.

“Not until the economy starts to rebound and to create more job and viable business opportunities will the problem of indiscriminate vending be permanently and holistically addressed.”