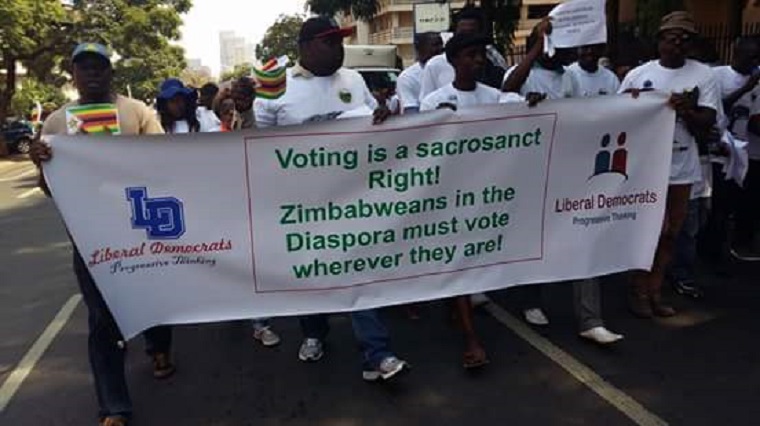 The Movement for Democratic Change- Tsvangirai has called on the Zimbabwe Electoral Commission to scrap the requirement that people intending to register as voters for next year’s elections must provide proof of residence.

It said this requirement was being imposed by the Zimbabwe African National Union-Patriotic Front to demotivate and intimidate potential voters.

“We are acutely aware of the fact that the ZANU- PF regime is already sensing a crushing and humiliating defeat in next year’s elections and as such, they are trying to influence ZEC to make it extremely difficult for most people, to register to vote,” the party said in a statement.

“It is trite that dictatorships thrive on voter apathy as well as on voter demotivation and intimidation. The MDC will not allow ZEC to unconstitutionally usurp the right of all eligible Zimbabweans to register as voters.”

The MDC-T said it was one of the several stakeholders that strenuously argued against the planned move to make it mandatory for people to produce written proof of residence before they can be permitted to register as voters.

“The party wrote a letter to the ZEC chairperson, Rita Makarau, on April 20, 2017, making our party position on this crucial issue abundantly clear. We advocate for a system whereby people must be allowed to register as voters as long as they can affirm their places of residence during the voter registration exercise,” it said.

It said people should not be discouraged from registering to vote simply because ZANU-PF was trying every trick in the book to derail the people’s march to victory.

‘The people’s victory is guaranteed as long as we turn out in our millions to register to vote as well as to cast our vote on polling day,” it said.