MDC-T says there is no rift between Tsvangirai and Khupe 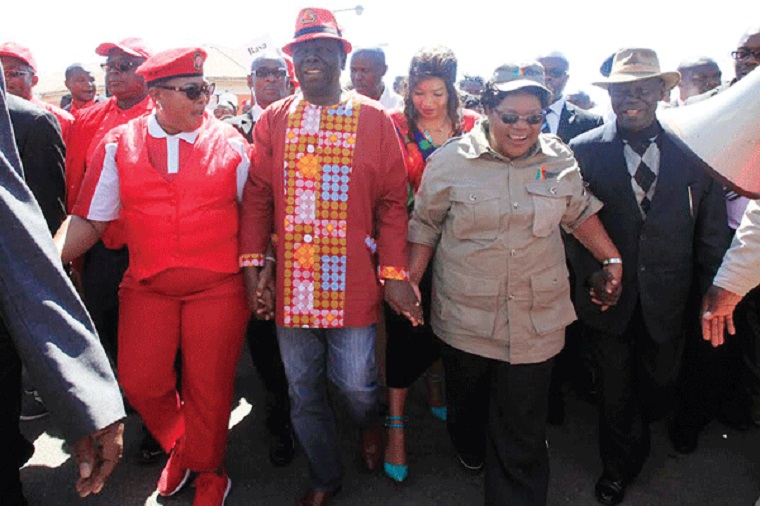 The Movement for Democratic Change today said there is no rift between party president Morgan Tsvangirai and his deputy Thokozani Khupe.

“We would like to make it abundantly clear that vice president Thokozani Khupe is not working with Dr. Joice Mujuru, or with anyone for that matter, to oust President Morgan Tsvangirai as the leader of our mighty party,” party spokesman Obert Gutu said in a statement.

“Vice president Thokozani Khupe has been working with Dr.Joice Mujuru, together with other female politicians in Zimbabwe from various opposition political parties, at the Women Electoral Convergence (Wec), which is a multi – party forum composed of female politicians who are mobilizing women to vote in the make or break 2018 harmonized elections.

“Indeed, President Morgan Tsvangirai is actually very supportive of the activities of Wec and he has encouraged female leaders within the MDC to take an active part in mobilizing the female vote.”

Gutu dismissed reports that Khupe was working with Mujuru to oust Tsvangirai saying Tsvangirai remained the undisputed leader of the party.

Tsvangirai is working with Mujuru and other opposition parties to forge a coalition that will contest the Zimbabwe African National Union-Patriotic Front and President Robert Mugabe next year.

The coalition has not yet been formalized and a leader is still to be decided though the parties have given themselves up to the end of this month to decide on the leader.

They have also agreed that the coalition should be formalized by the end of August so that they can start campaigning for next year’s elections which are likely to be held in August.

ZANU-PF has brushed off the proposed coalition as a union of zeros.