MDC-T national executive to meet on Thursday to bring sanity... 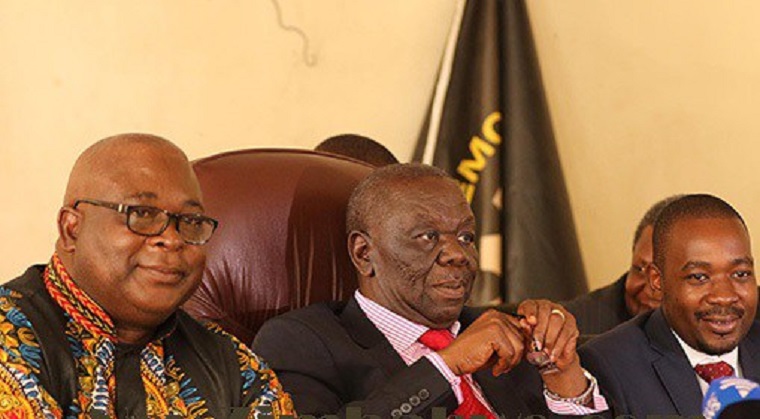 The national executive committee of the Movement for Democratic Change led by Morgan Tsvangirai will meet on Thursday to “bring order, sanity, traction and direction as the party builds momentum for victory in the upcoming 2018 elections”.

The party has been rocked by infighting since Tsvangirai went back to hospital in South Africa with reports that his condition is critical.

His three deputies- Thokozani Khupe, Elias Mudzuri and Nelson Chamisa- are each claiming to be the acting president of the party.

Party spokesman Obert Gutu today said the decision to call the meeting was made this morning after a meeting of the national standing committee which was attended by 11 of the 15 members.

The meeting was chaired by Nelson Chamisa as the party’s acting president.

Mudzuri was yesterday barred from holding a press conference at Harvest House, the party headquarters.

Mudzuri insists he is the acting president until Tsvangirai returns.

Gutu said the national executive meeting will be followed by a meeting of the national council which will “resolve and deal with all the issues to do with party cohesion and hygiene”.

Chamisa, who now seems to be running Harvest House, tweeted at the weekend: “In the few days ahead, the constitution shall govern & the People shall decide! We’ve little time before the crucial elections. We’re a leadership of the collective. We’re an 18 yr organization with rules & procedures which shall be followed. The people’s party will emerge stronger!”