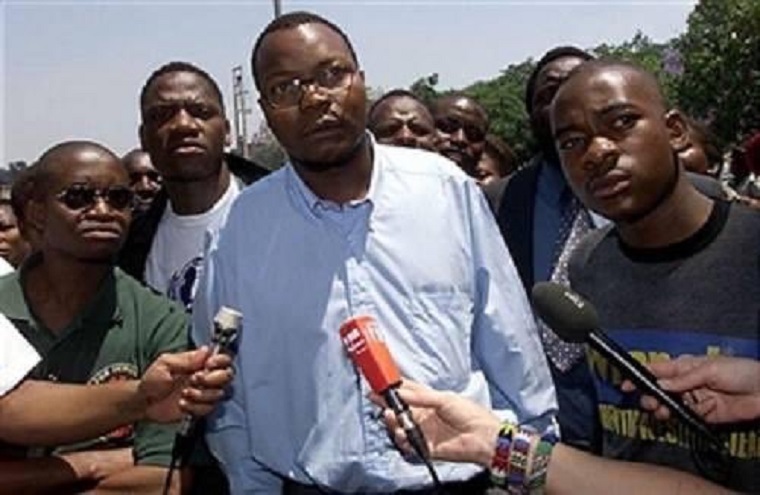 The Movement for Democratic Change leadership has come under fire for ditching deputy chairman Job Sikhala and has been told to ship out if they cannot stand the heat.

Sikhala is being charged with treason after telling people at a rally in Bikita that the MDC will overthrow President Emmerson Mnangagwa before his term expires in 2023.

The MDC distanced itself from Sikhala’s statement saying it believes in non-violence, legality and constitutionalism.

Party treasurer, David Coltart said while he understood the cause for which Sikhala spoke, he did not want another Libya, Egypt or Iraq.

“We fully understand the cause for which Sikhala spoke – some of us have been involved in it for 3 decades – & indeed empathise with his frustration. But we must understand that #Zimbabwe will be better served by a non violent struggle. Just look where Libya, Egypt & Iraq are now,” Coltart tweeted.

There was a barrage of attacks on Coltart and the MDC leadership.

Runyararo Mherekumombe said: “Dear @DavidColtart @nelsonchamisa @Welshman_Ncube @BvondoChidziva @TereraiSithole You must understand the cause for which Sikhala spoke, if you can’t be leadership playing mahumbwe with a junta then people will find alternative leaders outside MDC, stand up or let who can stand.”

Ndlangamandla said Sikhala had not talked about any violence: “Mr Coltart you are mentioning violence in your response, did Wiwa mention that? You better be quiet on this one citizens are not happy with your attitude. What he mentioned is exactly the contents of your Congress Resolution. You wanted him to be polite in his words?”

Ady Taona Munyoro added: “U are now a send force!  Who told u OVERTHOW is synonymous with violence? Pliz stop tweeting if u hv nothing positive to say abt Sikhala.”

Akwaaba ‘The Great 1 went on: “You’re playing with yourself self comrade. This soft as wool strategy is an insult to struggles we are facing. Maybe you’re oblivious to reality since ta can afford fancy warara.”

Munyaradzi M. said: “MDC is losing relevance. Would’ve been better to keep quiet than attack your own publicly. I’m against violence bt Wiwa uttered what MDC supporters think always. MDC has failed 2 be an alternative. Dismally. ED is ruling by uncostixnal decrees & MDC is gvn him a very long leash.”

Tendai Hove asked: “And just for infor why does the party go from election to election complaining of poor Governing policies with no action in Parly yet across the Limpopo the DA and EFF sponsored at least 3 no confidence vote in Zuma s 2nd term when faced with the same @BitiTendai @nelsonchamisa.”