MDC has made the cardinal error of underrating ZANU-PF 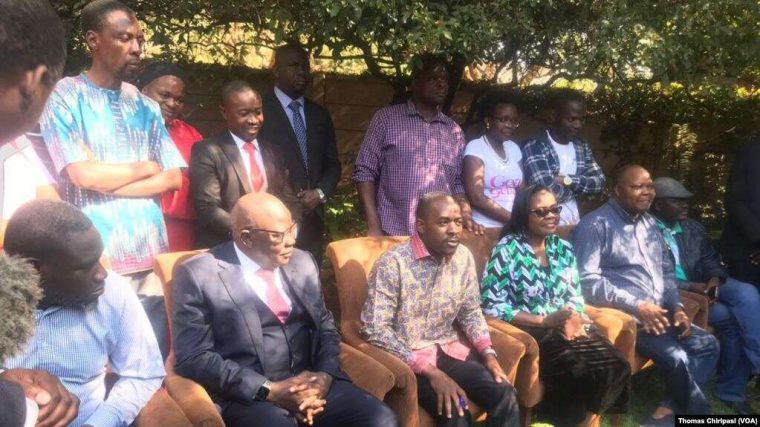 A writer who claims to have strongly believed that the opposition Movement for Democratic Change would be the answer to Zimbabwe’s problems if it came to power says he no longer believes so because if the party cannot organise a march effectively how can it possibly take on the vastly more complex task of governing a nation.

Writing in the Zimbabwean, David Barber says the MDC has dismally failed the people and must not blame the ruling Zimbabwe African National Union- Patriotic Front for the present economic crisis but itself.

“Clearly, MDC leaders have committed the cardinal error of underrating the competition. And if MDC cannot even organise a march effectively, how can it possibly take on the vastly more complex task of governing a nation?” Barber writes.

“Really MDC, you must either step back, take the trouble to learn what you have to do, then work out a strategy that actually will work – in other words, one proven by history to work – and lead Zimbabweans on a proper route to success, or you must give up. But what you must NOT do is to keep on with your abortive actions which only serve to make things worse for the people of Zimbabwe. You have NO right to do that.

“There are only two reasons for MDC’s leaders to behave in this way. Either they are just useless. Or, as some would have it, they are guilty of being in the pockets of the government.

“I have no idea which is correct, but it is irrelevant because each is as bad as the other. But what is true is that if the allegations of being ‘bought’ by the government are not true, then the MDC leadership only has itself to blame for leaving itself wide open to such conspiracy theories.

“There are people with an alternative view who blame Zimbabwean citizens for being too cowardly to stand up to ZANU PF. That is absolutely not true. The problem is not, and never has been, its citizens.

“Nor, as the MDC keeps insisting, is the government the problem. Had the MDC leadership done its homework, it would have learnt that the natural state of government is not, and never has been, to be democratic.

“Of course, it is not really the citizens who are at fault for this, but the leaders on whom the citizens rely, i.e., the opposition leaders. Because they are the ones who are supposed to know what to do, and this makes them TOTALLY and 100% responsible for allowing their governments to act in this way.

“So, MDC leaders, don’t blame ZANU PF but blame yourselves. Accept your personal responsibility for the state of Zimbabwe, and you might actually do some good.

“Far from being cowardly, there are more than enough Zimbabwean citizens who are hungry for change, and prepared to stand up boldly – even in the face of brutality – for their rights and a better life. Look at the tens of thousands who did turn up for the march. All they need are the right leaders to come along to lead them to victory. But unless MDC’s leaders change their attitude dramatically, they are not worthy enough to carry the banner.”