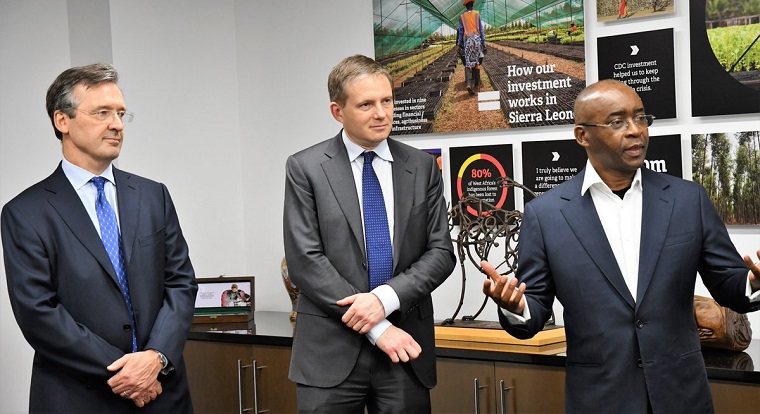 Strive Masiyiwa’s Liquid Telecom has received a $180 million investment from the UK’s CDC Group, allowing Africa’s largest fibre-network operator to expand its broadband across the continent.

CDC, the development finance arm of the British government, will now take up a 10% stake in Liquid.

With the new funding, Liquid has postponed plans for an IPO and London listing, although Masiyiwa says this will remain on the table in the long term.

“This is a capital intensive business,” Masiyiwa says. “The listing option will always be there and we will follow instructions from the shareholders. We are a profitable company and have enough capital and funding for the next few years.”

Liquid has about 70 000 kilometers of network running from Cape Town to Cairo.

“Our vision is to give every individual on the African continent the right to be connected by bringing reliable, high-speed broadband connectivity and cloud services to all. This includes businesses and communities in some of the most remote parts of the continent,” said Rudnick, Group CEO, Liquid Telecom.

Nick O’Donohoe, CEO of the CDC Group Plc, commented:  “Digital infrastructure is still a major problem for Africa’s governments, people and its businesses, so improving access to affordable and quality internet is central to Africa’s development and economic growth. Our investment in Liquid Telecom – which is one of CDC’s biggest ever investments – plays an important part in addressing infrastructure bottlenecks and helps bring about the innovation and efficiency gains that result from better internet access.”

Liquid is expanding fast across Africa. Last week, Liquid announced that it was investing $400m in Egypt over the next three years. This is part of a partnership with Telecom Egypt, which includes network infrastructure and data centres.-NewZwire