Major boost for Mnangagwa as China invites him to Beijing... 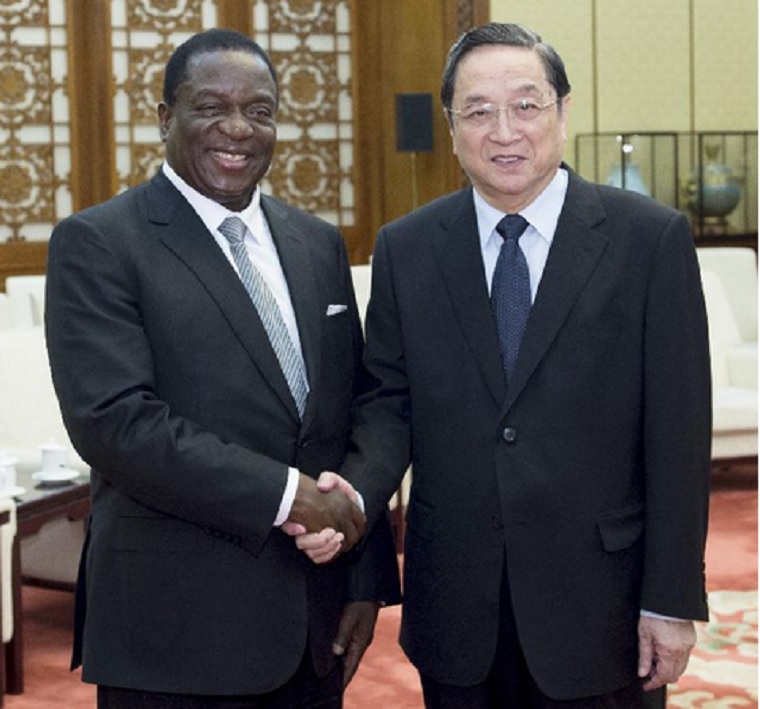 The Asian giant remains Zimbabwe’s top trading partner, accounting for $365 million worth of imports in 2016.

Through its Export and Import bank, China has also provided several loans to Zimbabwe including $150 million to upgrade the Victoria Falls Airport and $355 million for the expansion of Kariba hydro power plant.

Chinese ambassador to Zimbabwe Huang Ping told reporters that Mnangagwa had responded to President Xi Jinping’s invitation but did not disclose the specific dates of the visit.

“We are expecting our two leaders to meet to map out the blueprint of the future development of our two countries,” Ping said.

The visit demonstrated China’s strong willingness to further develop the existing relationship between the two countries, he added.

China was among the first foreign countries, along with Britain, to recognise Mnangagwa’s presidency after a de facto military coup ended former leader Robert Mugabe’s 37-year old rule and deputy foreign secretary Chen Xiaodong to congratulate him after his inauguration.

The trip will be Mnangagwa’s first state visit and first trip out of Africa as Zimbabwe’s new leader.- The Source

Ed: The trip is likely to put pressure on Britain which does not want to play second fiddle to China. British Prime Minister Theresa may said in November that as Zimbabwe’s oldest friend Britain will do  everything it can to support change in Zimbabwe.  Britain also sent its Minister for Africa Rory Stewart for Mnangagwa’s inauguration.