Khama tells Mugabe to go – we are presidents not... 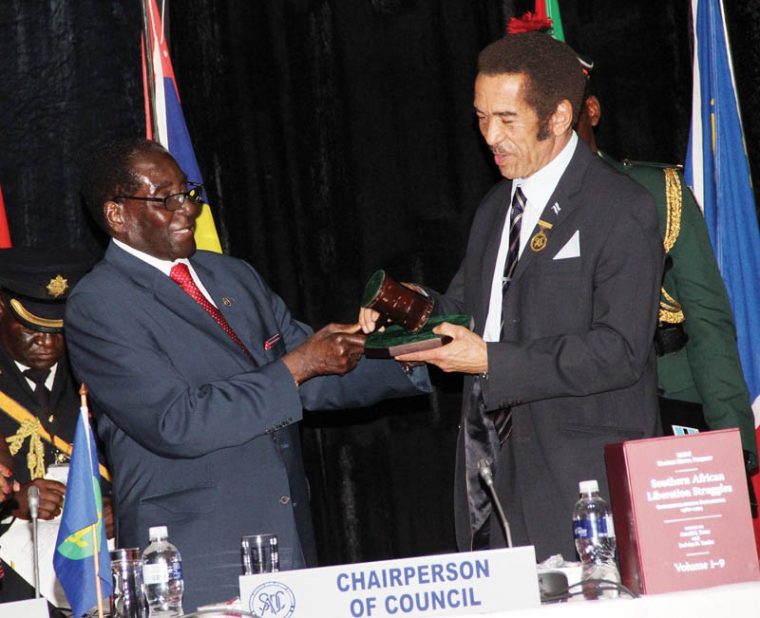 The walls appear to be closing in on Zimbabwe’s President Robert Mugabe with some members of his party and veterans of the country’s war of liberation from Britain mobilising to oust him but his exit appears to be complicated by the need for the incoming administration to have legitimacy and international recognition.

The world’s oldest ruler at 93 years is clinging to power by the skin of his teeth after the military took over on Tuesday, unhappy at his purge of longtime ally and vice president Emmerson Mnangagwa although it denies that it staged a coup.

Mugabe appears to have no support in the region, despite South Africa’s mediation efforts, with Botswana President Ian Khama saying today that Mugabe, who has been in power for 37 years, should end his attempts to remain in office because he has no regional diplomatic support to stay in power.

“I don’t think anyone should be President for that amount of time. We are Presidents, we are not monarchs. It’s just common sense,” Khama said.

Internationally, acting US Assistant Secretary of State for African Affairs Donald Yamamoto probably spoke for international opinion when he dismissed the idea of Mugabe staying on in any capacity.

“It’s a transition to a new era for Zimbabwe, that’s really what we’re hoping for,” Yamamoto said.

War veterans leader Christopher Mutsvangwa, a key Mnangagwa ally, told journalists today that provinces, which last week were firmly on Mugabe’s side, were now mobilizing for his ouster if he resists change.

So far Midlands, Masvingo, Mashonaland West, Manicaland and Harare provinces have joined the chorus for Mugabe’s ouster, he said.

“If he becomes stubborn, we will arrange for him to be fired on Sunday,” a Reuters source is quoted as saying. “When that is done, it’s impeachment on Tuesday.”

Leading economist Professor Anthony Hawkins said that Mugabe’s exit is only being delayed by the fact that the military wanted to engineer a legitimate exit for the next administration to get international recognition.

“The only way (to gain legitimacy and international recognition) is through elections and probably if the Americans would say internationally supervised elections,” he said.

“It seems to me they have small choice; set up an interim government and give it back to civilian rule quickly because nobody is going to give any money to an illegal or unconstitutional government. So rather move quickly to get elections and have the civilian government in place.” – The Source