Jonathan Moyo followers chide him for getting Chipanga in trouble... 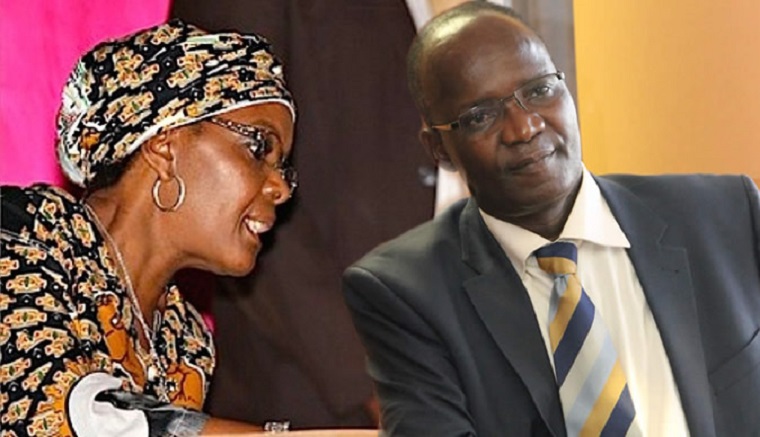 Chipanga on 14 November dismissed threats by Zimbabwe Defence Forces chief Constantine Chiwenga that the military would step in to stop counter-revolutionaries from taking over the country saying the youths are prepared to die defending Robert Mugabe.

Chiwenga’s statement was not aired by the Zimbabwe Broadcasting Corporation and was also not published in the State-controlled dailies, The Herald and The Chronicle.

Chipanga’s response was, however, published by both.

“Defending the revolution and our leader and president is an ideal we live for and if need be, it is a principle we are prepared to die for,” Chipanga said.

“Conniving and conspiring to overthrow a constitutionally elected government is a crime in this country and anywhere in the world,” he added.

Chipanga apologised for making the statement a day later after he was picked up by the defence forces when they intervened. He said he had not authored the statement saying he had been given the speech by Rodney Dangarembizi.

Dangarembizi said Chipanga was lying. He knew who had authored the speech and implicated Jonathan Moyo and former first lady Grace Mugabe.

Father Fidelis Mukonori who negotiated Mugabe’s resignation yesterday told Zimbabwe television that when Grace was confronted by Mugabe about the statement, she denied any knowledge about it.

Responding to a tweet by Jonathan Moyo yesterday in which he said that Grace Mugabe was awarded her PhD when Olivia Muchena was Minister of Higher Education and not Oppah Muchinguri, one of his followers going by the name Syl said: “makasiya manyorera mwana zvinokuvadzisa Prof”.