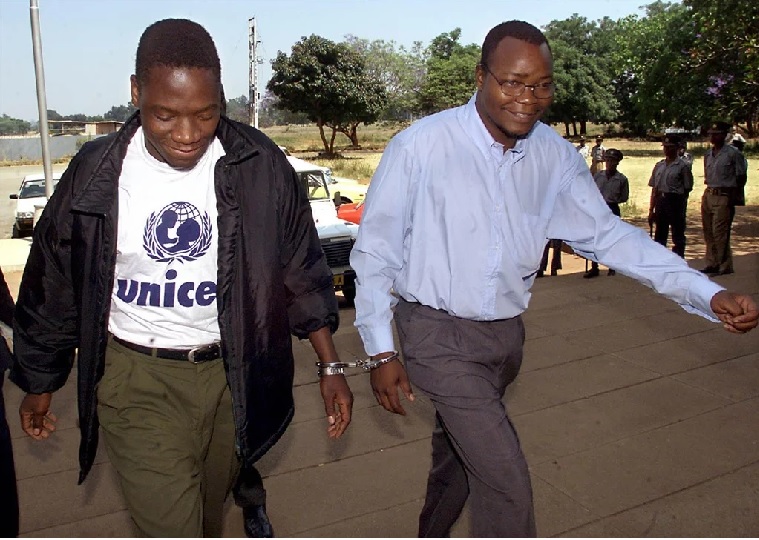 Movement for Democratic Change vice-chairman, Job Sikhala, who at the weekend threatened to overthrow President Emmerson Mnangagwa before the next elections scheduled for 2023, was today charged with treason.

His lawyer Obey Shava said Sikhala, who is the Member of Parliament for Zengeza West, was formally charged with attempting to overthrow the government but denied the charges.

Chibaya is the party’s organising secretary.

The MDC yesterday distanced itself from Sikhala’s statement saying it believes in non-violence, legality and constitutionalism.

“The MDC notes with deep worry and concern that Hon. Job Sikhala’s statements made during a rally in Bikita East over the weekend have caused uproar and the party wishes to clarify its position regarding the same,” party deputy secretary for information Luke Tamborinyoka said in a statement.

“It is the party’s view that Hon. Sikhala’s views as expressed at the rally and widely quoted in the press were his own personal opinions, which we believe have been misconstrued and misinterpreted.

“For the record, the MDC believes in Constitutional, peaceful, democratic, non-violent and legal means of resolving the national crisis. We have never been perpetrators of illegality and non-violence. If anything, we have always been the victims.

“The MDC is deeply worried about the escalating national crisis and to this end; the party will on Thursday this week launch the Roadmap to Economic Recovery, Legitimacy, Openness and Democracy (RELOAD) which is our blueprint to legitimacy and economic recovery in the country.

“RELOAD does not in any way entail illegal and unconstitutional means of solving the national crisis.

“Once again, the MDC wishes to state unequivocally that it has always submitted itself to the cardinal values of legality, constitutionalism and democracy. Any attempt to portray the MDC in any other way is disingenuous and unfortunate.”