It would be better for Mugabe to resign than be... 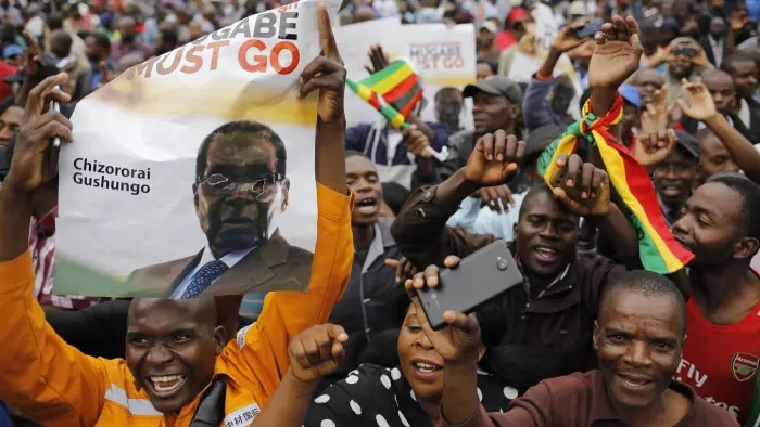 The fate of President Robert Mugabe could be known much sooner than most people anticipate.

There are now reports that it would be more advantageous for Mugabe to resign than to be impeached and his party has warned that they would start impeachment proceedings if he does not step down in the next two hours.

According to CNN, Mugabe could be given a few take-aways like immunity, the retention of his properties and cash if he steps down but he could lose everything if he is impeached.

CNN also says the address to the nation by Mugabe last night could have been part of the plan to legitimize the military intervention as Mugabe himself stated so that it can never be taken to have been a coup.

“The operation….did not amount to a threat to our well-cherished constitutional order. Nor was it a challenge to my authority as Head of State and Government. Not even as Commander-in-Chief of the Zimbabwe Defence Forces. To the man, the Command element remained respectful, and comported with the dictates and mores of constitutionalism,” Mugabe said.

The military stepped in last Wednesday to stop the country from being taken over by “criminals” and counter-revolutionaries who had surrounded Mugabe.

According to the constitution, Mugabe can simply write to the Speaker of Parliament that he is resigning and this can be done before the mid-day deadline thus stopping impeachment proceedings.

The Speaker must inform the nation about the resgination within 24 hours.