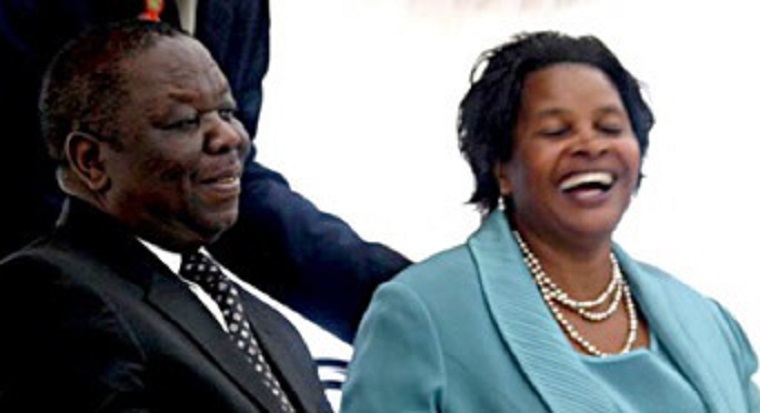 Movement for Democratic Change leader Morgan Tsvangirai’s life has taken a turn for the worse since his wife, Susan, died in car accident eight years ago.

Susan died just a month after Tsvangirai became Prime Minister and a part of Tsvangirai seems to have gone with her.

His love life became a disaster.

He lost the 2013 elections dismally.

The party split the following year into three.

Although Tsvangirai retained a larger following, he is failing to steer the party as it heads for the make-or-break 2018 elections.x

Thokozani Khupe, his trusted lieutenant for a decade, seems to have ditched him and boycotted the launch of the MDC Alliance first in Harare and yesterday in her home town of Bulawayo.

What could be the problem?

According to the book: Why Mugabe won, which looks at the 2013 elections and why Mugabe won them, Susan could be the missing ingredient.

Writing on why the 2013 elections were well dull and predictable, Stephan Chan and Julia Gallagher, in their book which was published in July this year, say:

“One MDC figure who had had charisma was Tsvangirai’s wife, Susan.

“During the time Morgan was MDC leader the two lived in an upper-middle class, but far from luxurious, house with gardens and trees- in a respectable but far from top echelon neighbourhood.

“She would periodically turn the house into a soup kitchen for the poor.

“Her generosity was legendary and contrasted with the oligarchic bling-fixation of senior ZANU-PF wives.

“At rallies, whenever she appeared, the crowds would stand and shout ‘Mother! Mother’ at her.

“Her death removed a vital quality from Tsvangirai’s platform – that  of acknowledged compassion.

“Tsvangirai’s subsequent move into an expensive prime ministerial residence, the agreement he reached with Mugabe that he could keep the house even if he lost the elections, and the new women in his life-who had none of the compassionate qualities of Susan, and who plied the courts with petitions as to which one was his legitimate new wife- cast a shadow of self-indulgence over his life, where previously there had been an imperfect halo.”

Ed:  Do you think things would have been different if Susan were alive?