Is Mnangagwa already assured of a 2018 election victory?- Not... 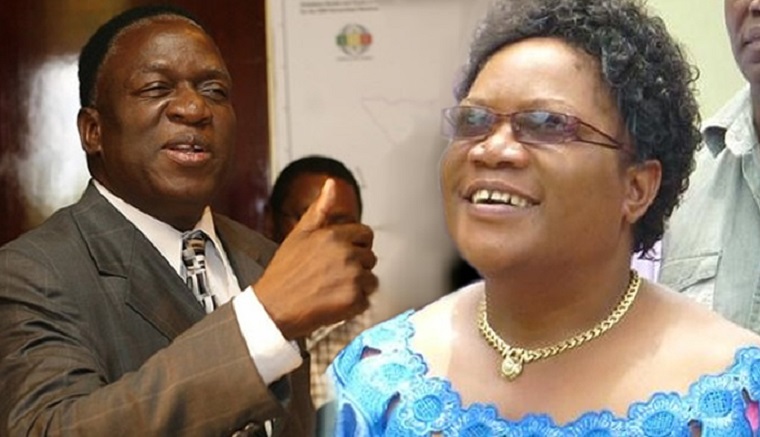 As the military strengthens its position and promises of cash come in, ZANU-PF is confident of winning national elections, Africa Confidential reports.

“His appointment of General Constantino Chiwenga as Vice-President consolidates the military's role in the new government just as a leaked national intelligence report suggests the former commander of Zimbabwe's military is already being tipped as the next head of state.

“For the divided opposition, the growing role of the military in politics is a worrying omen, given their doubts about Mnangagwa's commitment to free and fair elections, which are due by August 2018.

“Mnangagwa's other move will boost the economy: he pushed ahead with the release of the 2018 budget, announcing some dilution of the indigenisation laws and some opening up of other investment rules.”

Mnangagwa got another boost when he met Diasporans in South Africa who promised to invest $800 million in infrastructure development, but according to Africa Confidential there is widespread scepticism about Mnangagwa’s forecasts for 3.75% growth this year.

Mnangagwa has given his administration 100 days to turn around the economy and is banking on an election victory to implement his turn-around plan, but according to the People’s Democratic Party Mnangagwa will not win if the polls are not rigged.

According to Newsday,  the PDP says National People’s Party leader Joice Mujuru who is also leader of the People’s Rainbow Coalition will win this year’s elections if the military stays out of the electoral process and citizens are allowed to freely express themselves in a free and fair environment.

“Mujuru will come first if there is no abuse of State machinery and resources to campaign for a factional ZANU-PF,” PDP vice-president Sikhumbuzo Ndiweni said.

“Without rigging, Mujuru and PRC will win Mashonaland East, Central and West. The other three competitors will split Harare, Bulawayo and other cities, with Mujuru in the lead, followed by Morgan Tsvangirai (MDC-T) and Emmerson Mnangagwa (ZANU- PF) coming as the third,” he said.

“In Midlands and Masvingo, it’s 40%, 30% and 30 split, with MDC Alliance taking the lead. This will only happen if the MDC Alliance does not implode before election due to Tsvangirai’s failure to unite and give guidance to his dwindling party.

“A run-off will be necessary only if MDC limps the way it is doing till elections. If they implode or split, then Mujuru and PRC will automatically inherit those votes and win by huge margins.

“Now, after loss, the army faction will blame Mnangagwa and condemn him to pension and take over, not realising it will be the end of ZANU- PF. So this election, without fear or favour, is pregnant with a possibility of a Mujuru victory and birth of real Zimbabwe.”