Is MDC-T scared of Mnangagwa? 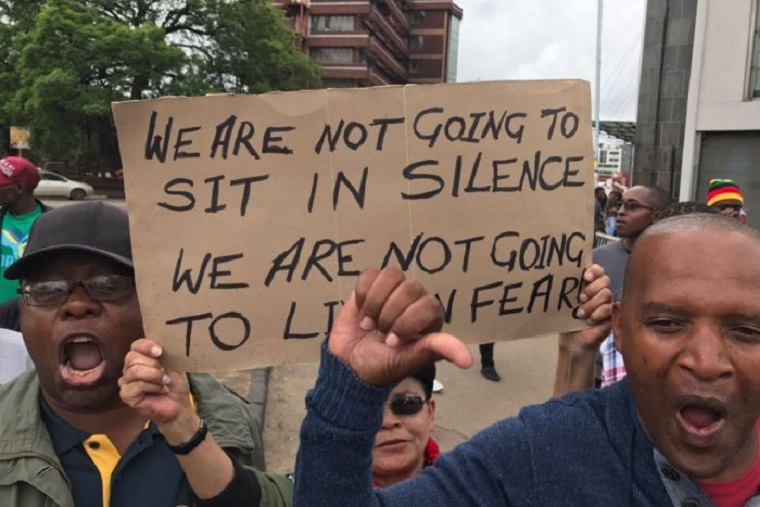 The Movement for Democratic Change today called for the creation of a new Great Zimbabwe, a proud, united, progressive and happy nation as the country prepares to swear in its second executive president tomorrow.

Emmerson Mnangagwa will be sworn in as president tomorrow taking over from Robert Mugabe who resigned on Tuesday after 30 years as the country’s Head of State.

Mugabe was executive Prime Minister and Head of Government during the first seven years of independence.

Zimbabwe’s first President was Canaan Banana but he was a ceremonial president.

MDC-T spokesman Obert Gutu said today Zimbabwe should never, ever be taken as the sole and exclusive enclave of one family or one political entity.

“We are a very diverse nation and as such, the interests of all Zimbabweans should be protected and guaranteed in a new dispensation. Zimbabwe is crying out for a fresh start, a new beginning,” he said.

It was one of the rare statements when the party called for free and fair elections but did not talk about forming the next government.

Gutu said that the people of Zimbabwe were looking forward to a new and refreshing era of political tolerance and socio –economic transformation and regeneration.

“The politics of thuggery, intolerance, intransigence, patronage and corruption that were the hallmark of the collapsed Mugabe regime should never, ever be allowed to resurface in our beloved motherland,” he said.

“The MDC is on record clamouring for the establishment of conditions that will enable the holding of free and fair elections, including the implementation of security sector reforms.

“We would like to construct a modern, democratic and progressive nation state in Zimbabwe in which the political leaders shall be accountable to the people rather than the other way round.

“More importantly, we shall continue to resolutely and persistently clamour for the establishment of strong institutions as opposed to the creation of strong personalities.

“In this respect, therefore, we shall continue to denounce the deification of individuals in our political discourse. Politicians come and go but Zimbabwe shall always remain in place.”