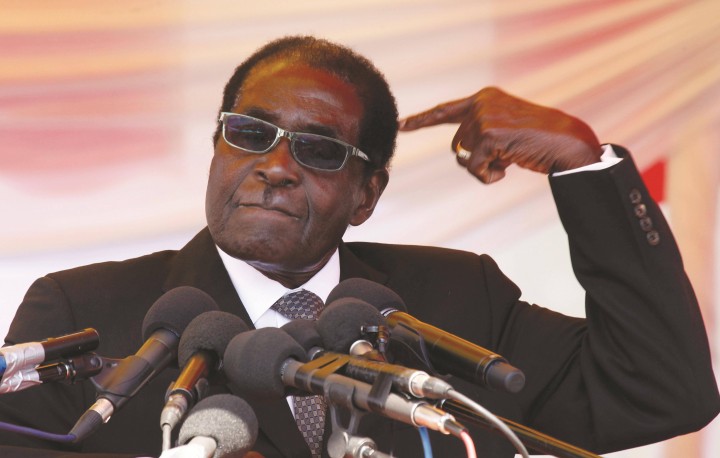 The question of what will happen if President Robert Mugabe goes has been on the cards for almost two decades. Here is our take from The Insider of 18 June 1998.

Pressure has been piling on President Mugabe to go but the question that has never seriously been addressed is who will replace him if he goes? The country's constitution, which should be the nation's bible, is very vague about succession. It even implies that if the president dies or leaves office elections should be held within 90 days.

The constitution, however, clearly states that anyone acting as president "shall not exercise the power of the President to declare war or make peace; or enter into any international convention, treaty or agreement; dissolve or prorogue Parliament; appoint or revoke the appointment of a Vice-President, Minister or Deputy Minister; or assign or reassign functions to a Vice-President, Minister, Deputy Minister, including the administration of any Act of Parliament or of any Ministry or department, or to cancel any such assignment of functions." This seems to imply that an acting president has no powers at all but just to hold the fort.

And while Parliament has powers to remove a president, this can only be done if a report prepared by a committee of Parliament appointed by the Speaker upon the request of not fewer than one-third of the members of Parliament has recommended the removal of the President on the ground that "he" has acted in wilful violation of the constitution, that "he" is incapable of performing the functions of "his" office by reason of physical or mental incapacity or gross misconduct, and the members of Parliament have resolved by the affirmative votes of not less than two- thirds of their total number that the President should be removed from office.