How the mighty have fallen-Chombo, Chipanga and Hamandishe leave court... 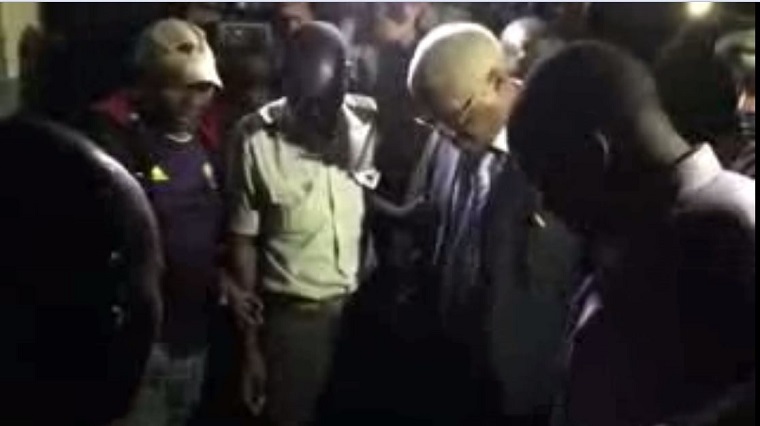 Zimbabwe Finance Minister Ignatius Chombo who appeared in court today on charges of corruption left the Harare Magistrates’ Court his evening in leg irons together with his colleagues in the G40 faction of the Zimbabwe African National Union-Patriotic Front, youth leader Kudzanayi Chipanga and youth commissar Innocent Hamandishe.

Hamandishe was shown on Zimbabwe Television walking in leg irons ahead of Chombo and Chipanga who were tied together.

In a grain video posted on youtube, Chombo is taunted by a crowd that follows him amid pleas to give way with one taunting Chombo for destroying his house.

Only 11 days ago, Chombo was the third highest ranking official in ZANU-PF after then President Robert Mugabe and his deputy Phelekezela Mphoko.

Chombo is to appear in court on Monday for his bail hearing.