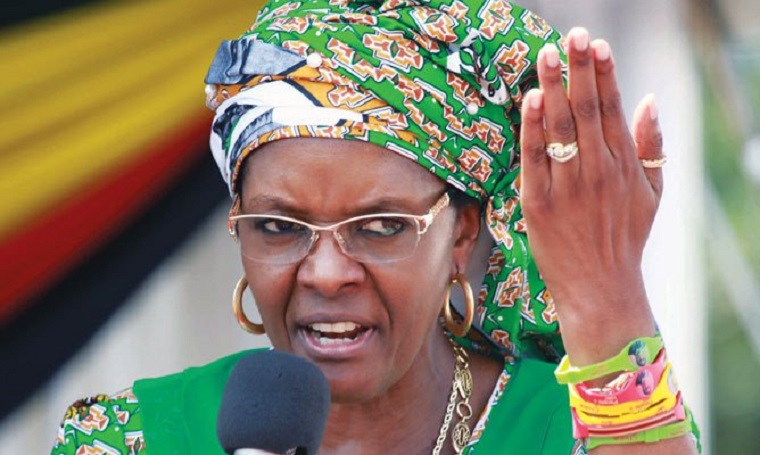 First Lady Grace Mugabe is set to resume her rallies this Friday according to Newsday with her first stop-over being in Buhera North.

Grace stopped her rallies last year after a public backlash on the way she lambasted Vice-President Emmerson Mnangagwa who was appointed by her own husband raising questions as to whether her attacks were isolated or sanctioned by her husband.

Although Grace has been touted as the leader of the G40 faction of ZANU-PF, a group of Young Turks that is fighting to thwart Mnangagwa’s ascendancy to the throne, Mugabe’s former deputy Joice Mujuru said Mugabe himself was the leader of G40.

G40 has been losing its grip on power over the past year with its top leaders being accused of corruption and charges hanging over their heads.

Mugabe has also lost the support of the powerful war veterans some of whom have called on him to step down.

The war veterans disowned Grace at their special meeting with Mugabe in April last year and said they only saluted him and him alone.

Grace has since distanced herself from G40 but Friday’s rally could show her true colours as it is being held in Manicaland which is under Mandi Chimene one of her staunchest backers who has even threatened to split the war veterans movement but with little success.

The First Lady is also embroiled in a $1.3 milliond iamond ring saga which shows her extravagancy when most people are struggling to make ends meet.

Buhera is the home of Movement for Democratic Change leader Morgan Tsvangirai.

Tsvangirai is currently touring the country and has so far been to Matabeleland, the Midlands and Masvingo.