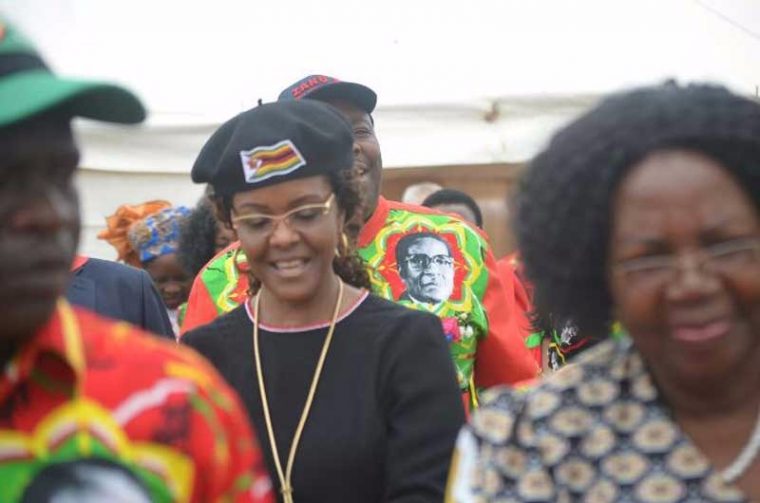 President Robert Mugabe must have had a talk with his wife as she has now softened her tone especially towards war veterans whose role she acknowledged yesterday could not be written off.

She has previously castigated war veterans especially after the expulsion of war veterans leader Christopher Mutsvangwa from the party last year saying they could not continue to hold the nation to ransom but she seems to have been advised that war veterans are still key to the Zimbabwe African National Union-Patriotic Front campaign especially ahead of next year’s elections.

War veterans have played a critical role in assuring ZANU-PF remains in power since the 2000 elections.

They played a critical role in last month’s Bikita West by-election where villagers and local leaders had vowed to vote for the Zimbabwe People First candidate Kudakwashe Gopo because the party candidate Beauty Chabaya had been imposed by the party.

Though party heavyweights including the two Vice-Presidents were deployed to the area to campaign for Chabaya who eventually won the by-election with an overwhelming majority, it is actually war veterans who did the donkey work and persuaded the electorate to vote for Chabaya.

Grace was also incensed by the stance of the war veterans who bluntly told Mugabe that they only recognised and saluted him and no one else.

This was after the G40 faction within the party had coined a slogan which said “Kusina Mai Hakuindwe”.

At her rally in Buhera yesterday, the First Lady extolled the virtue and role of war veterans and at the same time castigated corruption and factionalism.

But though this was supposed to be rally for the Women’s League, factionalism was glaring at her throughout as she was surrounded by G40 members.