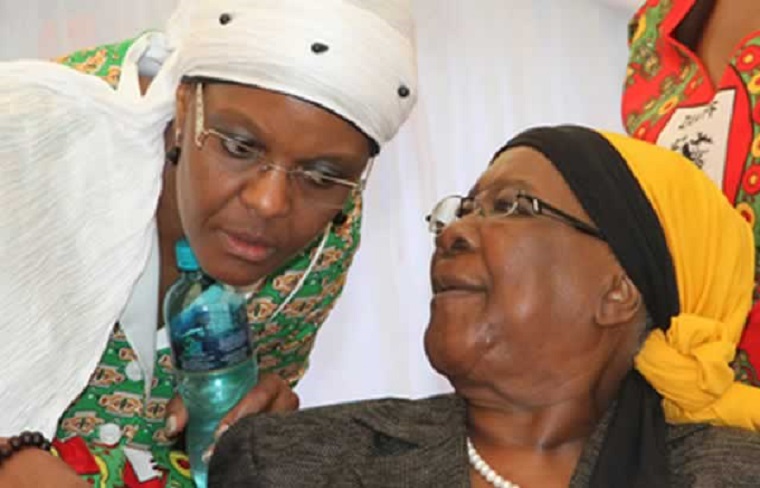 The Zimbabwe African National Union-Patriotic Front Women’s League yesterday fired deputy secretary Eunice Sandi-Moyo and finance secretary Sarah Mahoka in what many believe is  the first step by the First Lady Grace Mugabe to purge those threatening her ascendancy to the vice-presidency of the party and ultimately of the country.

Grace Mugabe is the secretary of the Women’s League which is fighting to restore one of the posts in the presidency to a woman, a move that saw Joice Mujuru take-up that post in 2004 instead of Emmerson Mnangagwa who had won the party vote.

The move, is once again, aimed at Mnangagwa and was foiled in 2015 when his supporters agreed to the plan but said they would nominate Sandi-Moyo which would have kicked out Phelekezela Mphoko instead of Mnangagwa.

Yesterday’s decision could further split the party and probably backfire on the First Lady as it is now being referred to the National Disciplinary Committee which is chaired by Finance Minister Patrick Chinamasa who is reportedly on Mnangagwa’s side.

But it could also demonstrate Grace Mugabe’s rising political power if it sails through.

Mnangagwa beat Mujuru in 2004 but Mugabe rejected the results