Grace Mugabe fights to win in Zimbabwe’s Game of Thrones 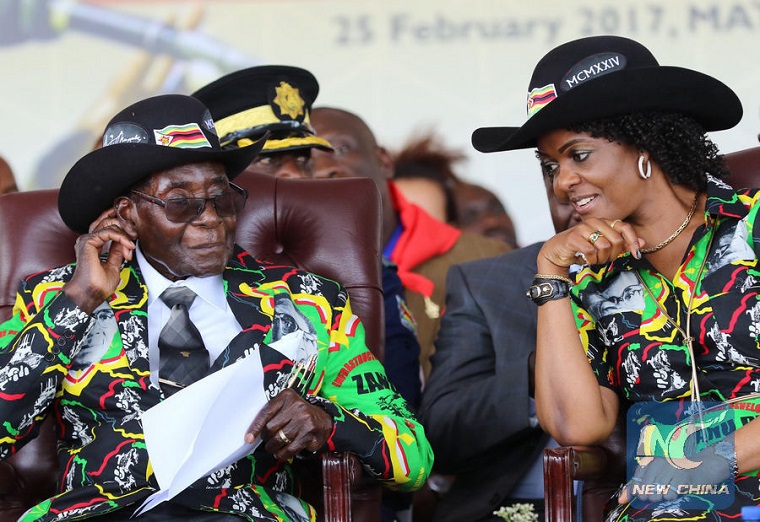 It must be a sore point for Zimbabwean President Robert Mugabe and his wife Grace that the couple’s two sons show none of the veteran leader’s political instincts.

The recent controversy Grace Mugabe has courted, in which she reportedly assaulted a young South African woman, is her latest attempt to rein in the epicurean impulses of her playboy sons.

The Mugabe boys had relocated from Dubai to Johannesburg, South Africa, earlier this year.

Accompanied by her bodyguards, Zimbabwe’s First Lady allegedly barged into one of two luxurious Johannesburg hotel rooms which her sons had booked and then, using an electrical cord, beat up Gabriella Engels, a South African model.

Engels, who was in the hotel room with the Mugabe sons, suffered a gash on her face and injuries to the back of her head at the hands of the first lady.

“We were chilling in a hotel room, and [the sons] were in the room next door. She came in and started hitting us. She flipped and just kept beating me with the plug, over and over,” she told South African media shortly after the assault.

Grace Mugabe, 52,  was reportedly due to hand herself over to the police and later appear in a Johannesburg court last Tuesday.

Yet it emerged on Wednesday that she had instead invoked diplomatic immunity.

The South African police minister Fikile Mbalula said, “the law is about ensuring that everyone is protected and in terms of foreign citizens they should understand their responsibility, especially those that hold a diplomatic passport that you [speaking as a South African passport holder] can’t just go to Zimbabwe and beat people and the matter will disappear.”

The First Lady’s conduct is likely to cause heightened awkwardness in Zimbabwe and South Africa’s relations.

There are already tensions between the two neighbours over the irregular immigration of so many Zimbabweans into South Africa; an estimated three million Zimbabweans are thought to be in South Africa.